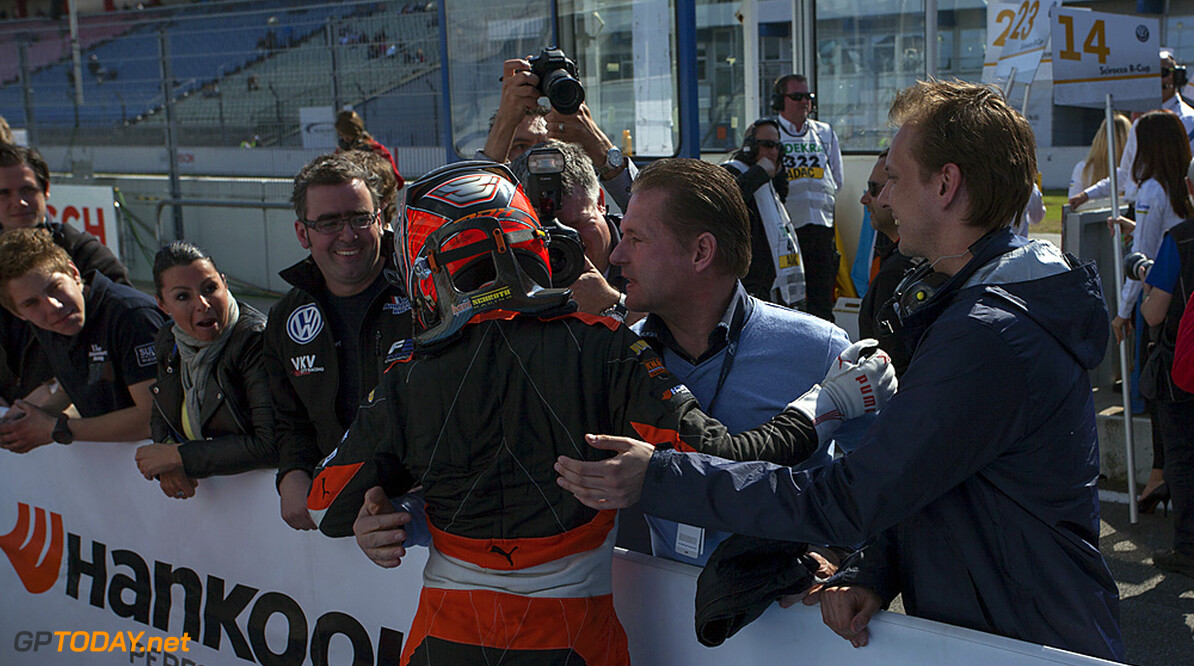 Jos Verstappen has moved to ease the pressure on his son's shoulders ahead of the Japanese grand prix weekend. The former F1 driver is already in Japan, where his newly seventeen year old son will make history at Suzuka as the youngest ever driver to participate in an official grand prix programme.

Young Verstappen's maiden appearance will only be in Friday morning practice, ahead of his full race debut next year with the same Toro Rosso team. Still, the pressure is intense. "The whole motor sport world will be looking at what Max is doing," said his father Jos, "but he must take it easy and not drive straight away on the limit."

42-year-old Verstappen, with over 100 grand prix starts to his name, knows well the challenge of the fabled Suzuka circuit. Max revealed: "My dad has raced at Suzuka many times and he told me it's not an easy track to start on."

So Verstappen senior is trying to play down the obvious pressure and the high expectations, after Dr Helmut Marko recently compared Max with the legendary Ayrton Senna. And F1 legend Sir Jackie Stewart has now said Max has the potential to be a "superstar".

Jos said: "No one should expect Max to turn the world upside down on Friday. Laptimes are not important," he is quoted by the Dutch newspaper De Telegraaf. "It's much more important for Max to just do his laps. Max will be driving a new car to him, which is very different to the 2012 version. And he's also starting at Suzuka, which is not an easy task." (GMM)
F1 News
<< Previous article Next article >>
.