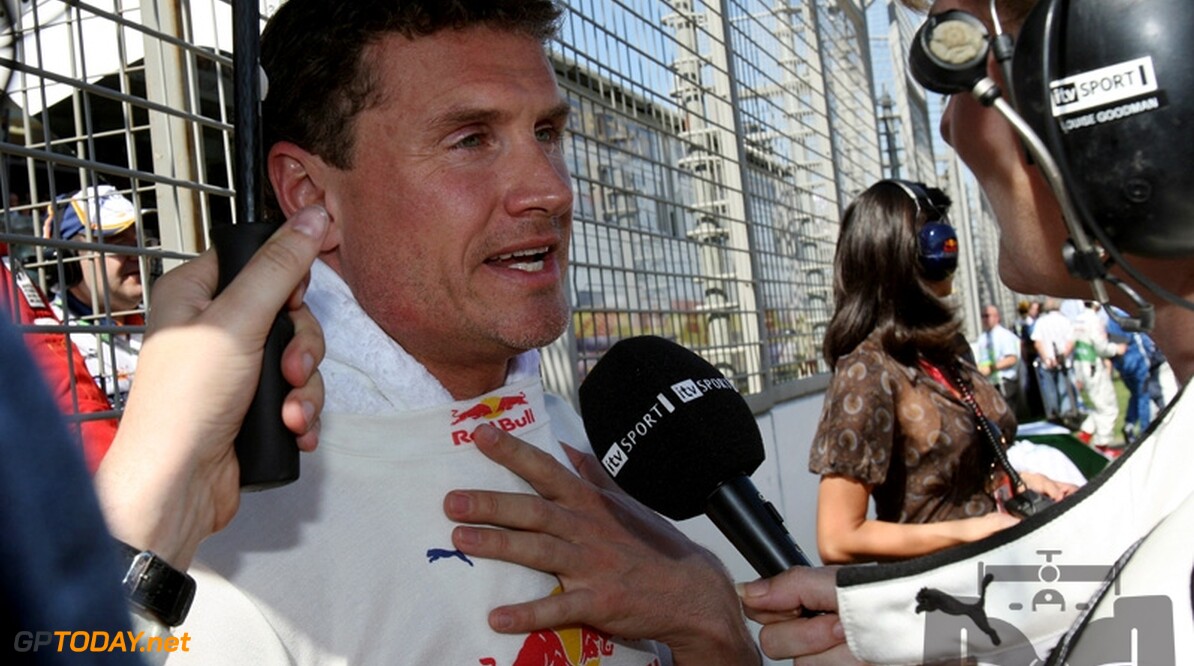 To make F1 harder, you need to make the cars faster - Coulthard

The best way to make F1 cars harder to drive is to make them faster. That is the view of retired grand prix veteran David Coulthard, following reports the sport's governing FIA is concerned the challenge of driving an F1 car today is 'too easy'.

That view has intensified recently as the age of F1 rookies, for instance the newly seventeen year old Max Verstappen who will drive on Friday at Suzuka, plummets dramatically. "The FIA ... is said to be examining ways of making F1 cars harder to drive," correspondent Kevin Eason wrote in The Times. "As drivers have become younger and leaner, F1's leaders are worried that the sport is no longer the highest examination of driver talent, skill and strength," he added.

It is part of why the FIA has suddenly clamped down on so-called 'driver coaching' over the pit-to-car radios, to end the appearance that the cars are even being piloted by remote control by engineers and boffins. But Coulthard, whose own F1 career began just as the great Ayrton Senna's so tragically ended, thinks the FIA is wide of the mark to think radios are to blame for the sport's problems.

"It (the clampdown) seems to be the answer to a question that no one was asking," he said in a column for the F1 sponsor UBS. "I wasn't really aware of any grumbling," said the 43-year-old Scot, who today is a pundit for British television. "In my opinion, if you want to make the cars harder to drive, make them faster. It is ironic that they are trying to find ways of making life more difficult for the drivers when the actual cars are slower than they were back in 2004," added Coulthard.

The former McLaren and Red Bull driver even thinks the radio clampdown is counterproductive, as it removes one of F1's "technological advancements" only to replace it with "another layer of bureaucracy and red tape". "If someone offered you the chance to get rid of internet banking and go back to just making all your transactions the old-fashioned way, via a cashier, would you accept? Of course you wouldn't," said Coulthard.

"It would be a retrograde step; wilfully ignoring technology that already exists and that everyone was perfectly happy with anyway. As for the drivers I spoke to in Singapore last weekend, some were for it, some were against it, some were not fussed either way. I think that just about sums this whole issue up. It's all a bit of a nothing," he added. (GMM)
F1 News Max Verstappen McLaren
<< Previous article Next article >>
.