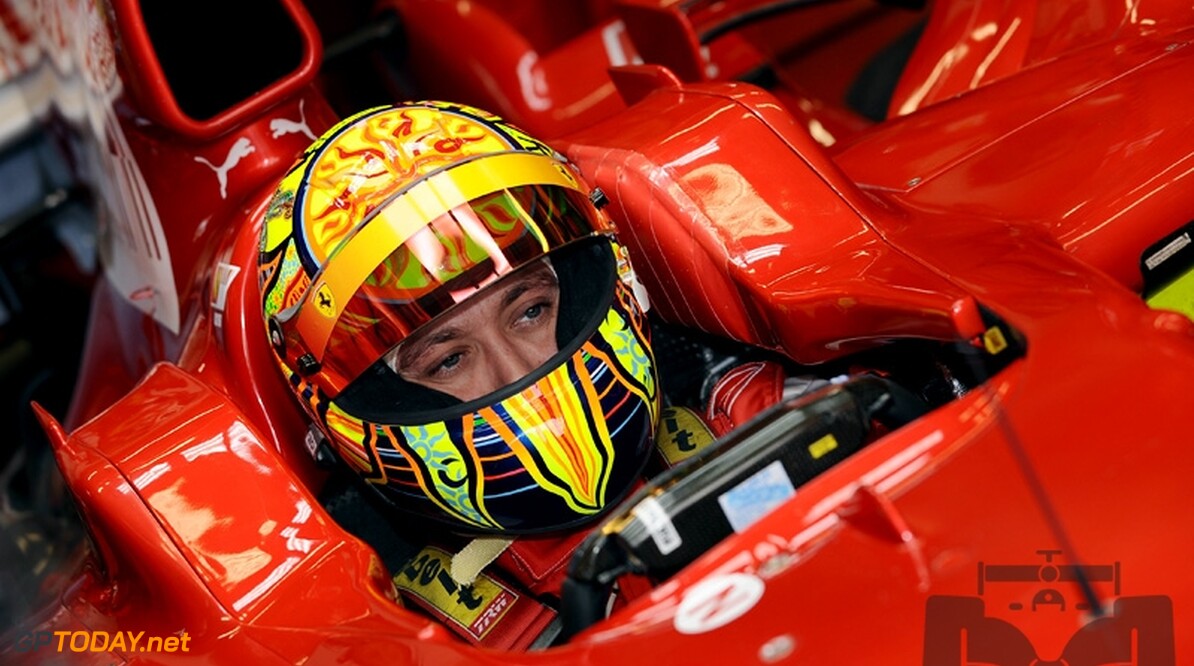 Valentino Rossi, the MotoGP great, says he is still a big fan of formula one. In fact, the flamboyant 35-year-old nearly switched from two to four wheels in 2006 with a series of Ferrari tests. "There was still a lot of testing then," Rossi told Italy's Sky, "and so you were able to see your potential and if you really can race in F1."

"I went to Valencia together with Ferrari and it was beautiful," he explained, "very charming but honestly I did not have the heart to stop with the bike because I knew I still had many good years ahead and it was also very risky. I've never regretted it," said Rossi, "I think I made the right choice because then I won two more titles."

But he said he continues to follow formula one closely today, and currently has a close eye on a couple of promising talents. "I always follow F1, I really like it," said Rossi. "I like Ricciardo and Bottas, they're going very strongly, then there are greats like Alonso and Vettel, who are very good. Of course there is Hamilton, who often comes to see the (MotoGP) races, and also so many young drivers who are coming up," he added. (GMM)
F1 News Ferrari
<< Previous article Next article >>
.