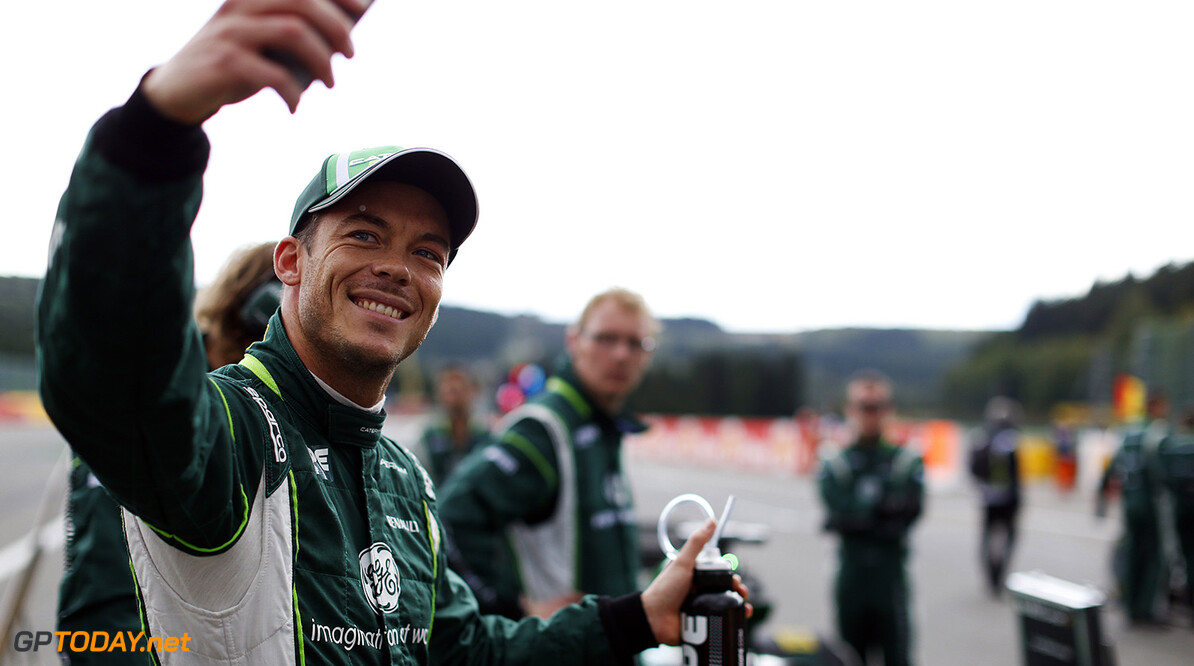 Lotterer keeps in touch with Caterham for more races

Mere days before the Italian grand prix, the identity of Caterham's second race driver is still unclear. Reports from Japan suggest Kamui Kobayashi will definitely not be back at the wheel of the car at Monza, having already sat out Spa-Francorchamps.

After reigning Le Mans winner Andre Lotterer and his sponsor Hype filled in at Spa, it was expected that Spanish rookie Roberto Merhi and his Russian backers had now put up the rumoured EUR 300,000 for the Monza seat this weekend.

But new speculation reports that Merhi, 23, admitted mere hours ago that "I still do not have the super license. I have to do 300 kilometres" in a F1 car. Merhi is a former F3 euroseries champion, but the FIA is apparently nervous about a rookie getting his first experience of a F1 car at the sport's highest-speed circuit. The Red Bull junior Carlos Sainz jr has also been linked with the Monza seat, but also still in the running is Lotterer.

"We're still in touch," German Lotterer, who impressed at Spa but retired early during the Belgian grand prix, told Racer when asked about Caterham, "and I think there's opportunities to do more races. It was a great experience for me and I have to look at the schedule and see if it is more of a one-off chapter for me or if it makes sense to do more."

Monza does not clash with the calendars for Lotterer's two racing responsibilities this year; Super Formula in Japan and the world endurance championship. "(At Spa) it felt like everybody at Audi was behind me and all of the people who supported my career before and in Japan," he added. (GMM)
F1 News Carlos Sainz Jr Roberto Merhi
<< Previous article Next article >>