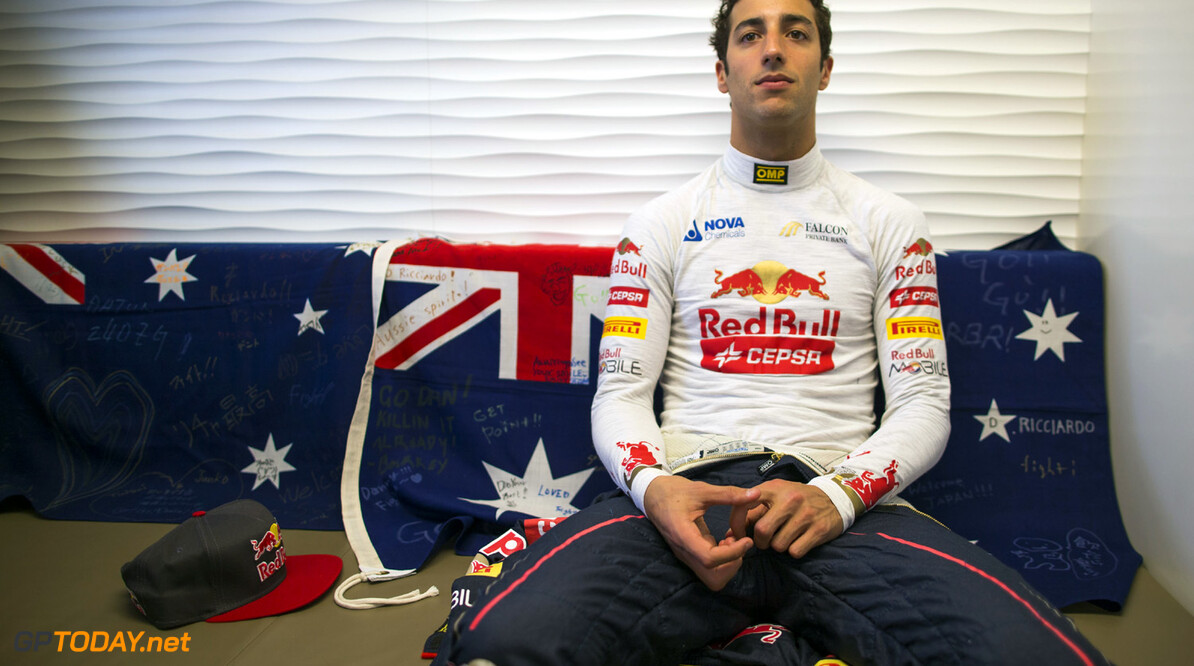 Sebastian Vettel's new teammate thinks the reigning quadruple world champion is still getting better. Australian Daniel Ricciardo is replacing Mark Webber at Red Bull, but he said recently he hopes to be more competitive alongside Vettel than his retiring countryman.

"As strong as Mark is," 24-year-old Ricciardo is quoted by Brazil's Totalrace, "Seb was better. That was evident in the last two years. He (Vettel) is still very young, so we can ask the question of whether they were both at their peak when they were together," he added.

Indeed, he thinks Vettel - who is two years older than Ricciardo - is still improving, despite his obvious dominance as the 2013 season concluded. "I don't think he has reached his peak, which is a little scary for the other drivers, because he has been impressive," said Ricciardo. "In fact, the more he wins, the more confidence he gets, and the easier it is for him."

Despite that, team boss Christian Horner is excited to see how Ricciardo - who is moving to Red Bull from the junior team Toro Rosso - fares alongside Vettel. "I think Daniel is very fast," he said. "Let's see how fast he really is."

Horner said he doubts Ricciardo will clash with Vettel, despite the increasingly fractious relationship between the dominant German and Webber in past years. "I think the relationship will be very different than it was with Mark," he said. "Mark was at his peak when Sebastian came to the team, but Daniel is much younger and still learning. He will learn from Sebastian. The dynamics will be very different," added Horner.

Ricciardo, while insisting that he wants to beat Vettel, acknowledged that it might be a task too far when considering the world champion's top form. He told Germany's Auto Motor und Sport: "If the car is good and he wins, that's what everyone expects of him. But no one is expecting me to come into the team and be the number 1 driver. That takes a little pressure from me," said Ricciardo.

"I want to come in and learn from the best, and then we'll see what happens. If you could offer to me right now that I'm second behind him at the end of the season but with the same number of wins, then I might accept that. But if he's world champion and I'm fifth, I'll just say 'f**k!" he grinned.

"I am prepared for a big challenge, but I am not prepared for him to kick my ass. I do hope I am closer to him than Mark was, but I don't want to promise all these big things and then be sh*t. We'll see what happens, but I am definitely positive," added Ricciardo. (GMM)
F1 News Daniel Ricciardo Sebastian Vettel
<< Previous article Next article >>
.