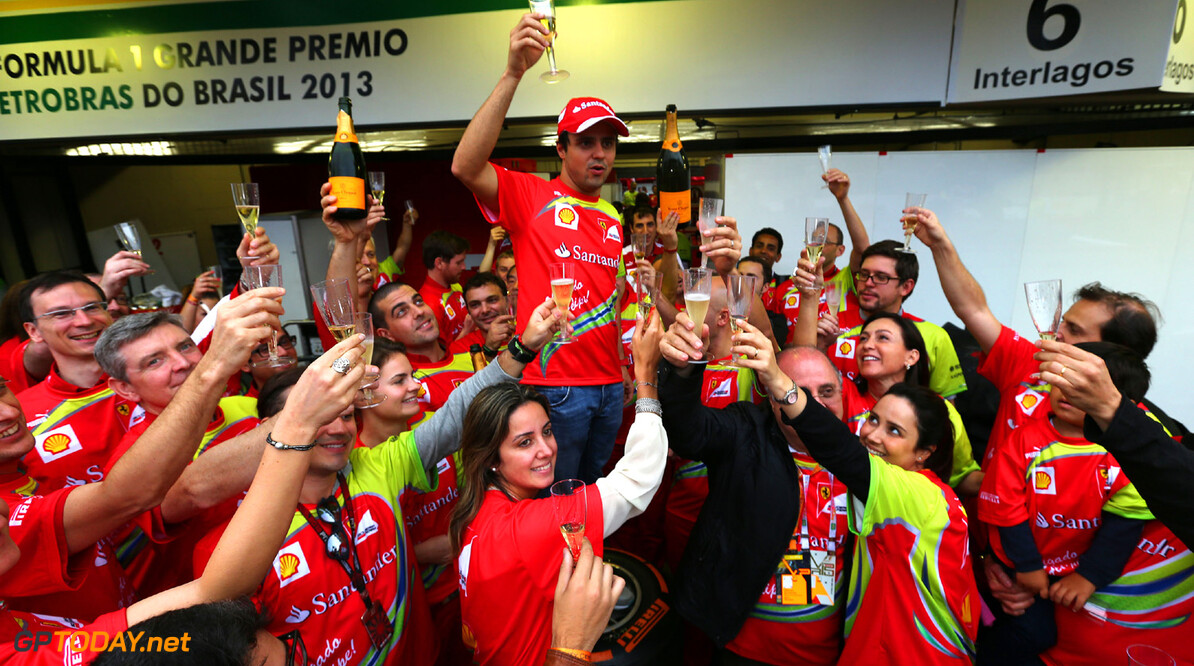 Massa admits his wife wanted him to retire

If his wife had made the decision for him, Felipe Massa would now be a retired formula one driver. Actually, having lost his Ferrari seat after eight years with the Scuderia, the Brazilian is switching to the beleaguered British team Williams for 2014.

Massa, 32, admitted his wife Rafaela would have preferred if he decided instead to stay at home with their young son. "She actually wants me to stop racing," Massa, who was almost fatally injured in a 2009 qualifying crash in Hungary, told O Estado de S.Paulo newspaper.

"But she also knows that I am not happy just to be at home -- my happiness is to race, and she also wants the best for me. I've even talked about continuing to compete in another category when I leave formula one," he added. (GMM)
F1 News Felipe Massa Ferrari Williams
<< Previous article Next article >>