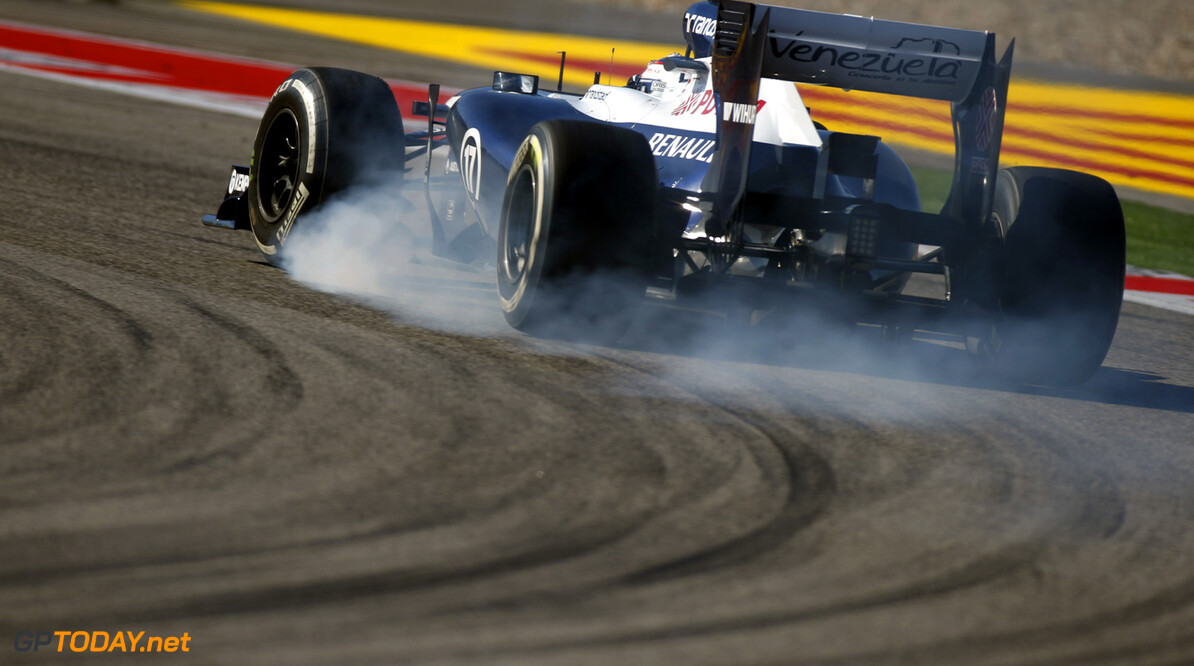 Xevi Pujolar, Chief Race Engineer: "We head to the Autódromo José Carlos Pace, more commonly known by its former name, Interlagos, for the final race of the season. It is a challenging track that is known for its long top-speed section up the hill and some high speed turns with lack of run-off area. Despite only being resurfaced a few years ago, the track remains quite bumpy, therefore good ride quality is required to achieve the performance in the grip limited sections. The bumpiness and the anti-clockwise nature of the circuit combined together make it a difficult race for the drivers."

"The circuit has two high-speed sectors, a fast corner combination at the end of the long straight and the twisty infield section that requires a lot of grip, good ride quality and stability. The second sector is very technical and the other sectors are driven by speed. The compromise between downforce and drag is therefore key to getting a good laptime. After an improved performance in Austin, the team are aiming to continue to momentum to finish the season with another points finish."

Pastor Maldonado: "Brazil is one of the most enjoyable races of the season and I always look forward to coming back. It may not have the same impressive infrastructure as some of the newer circuits, but the atmosphere is amazing and the track is very historic and usually leads to very interesting racing as there are a couple of good overtaking opportunities. The circuit layout is technically challenging and you need to find a good balance when setting the car up between the medium-low speed corners in sector 2 and the long straight as you exit turn 12. The track surface is also very bumpy so you need a car that can react well to this. Heavy rain is also common and if you react quickly and are on the right tyre at the right time, you can make up a lot of places. This will be my last Grand Prix as a Williams driver after three seasons with the team so it will be an emotional race, and hopefully I can have a good weekend and finish on a high."

Valtteri Bottas: "After a strong performance in Austin where I picked up my first points for the team, I think we will have a good opportunity to finish in the top ten once again in Brazil. The weather is often quite variable at Interlagos which gives teams a chance to play with their strategy and make up places if we see rain during qualifying or the race. I drove in FP1 last year and I have done a lot of work in our simulator which correlates well to the actual track so I'm feeling well prepared. The circuit is anti-clockwise, so has more left handed corners than right handed ones, which is different to most tracks and you need a car that has good downforce and is good in long corners. There is normally a different atmosphere to this race as its the final one of the season and historically the races are very entertaining, so I'm looking forward to racing here and hopefully finishing my first season in Formula One with a good result that will give us confidence going in to next year."

Rémi Taffin, Renault Sport F1 Head of Track Operations: "Interlagos is a tough one. Sao Paulo is around 800m above sea level, which has a big impact on the power of the engine. As the altitude increases the air pressure drops and the air is thinner with a lower oxygen content. For every 100m the engine loses around 1% of its potential power output, meaning the RS27 will produce around 8% less power than at a sea-level race such as Korea. For these reasons we generally use engines with a higher mileage on their third race as power sensitivity is not so critical. Over the course of the lap the track also undulates significantly, putting the oil and fuel systems under considerable pressure, particularly the last long left hand corner onto the pit straight. The variety of corners also requires every engine characteristic to be on form; top end power down the long, curved  but also uphill  straight and good driveability through the back section. Interlagos will see us wave good bye to the V8 engines after eight seasons so naturally we want to get a strong finish to give it a good send off."
F1 News Valtteri Bottas Pastor Maldonado Renault Williams
.