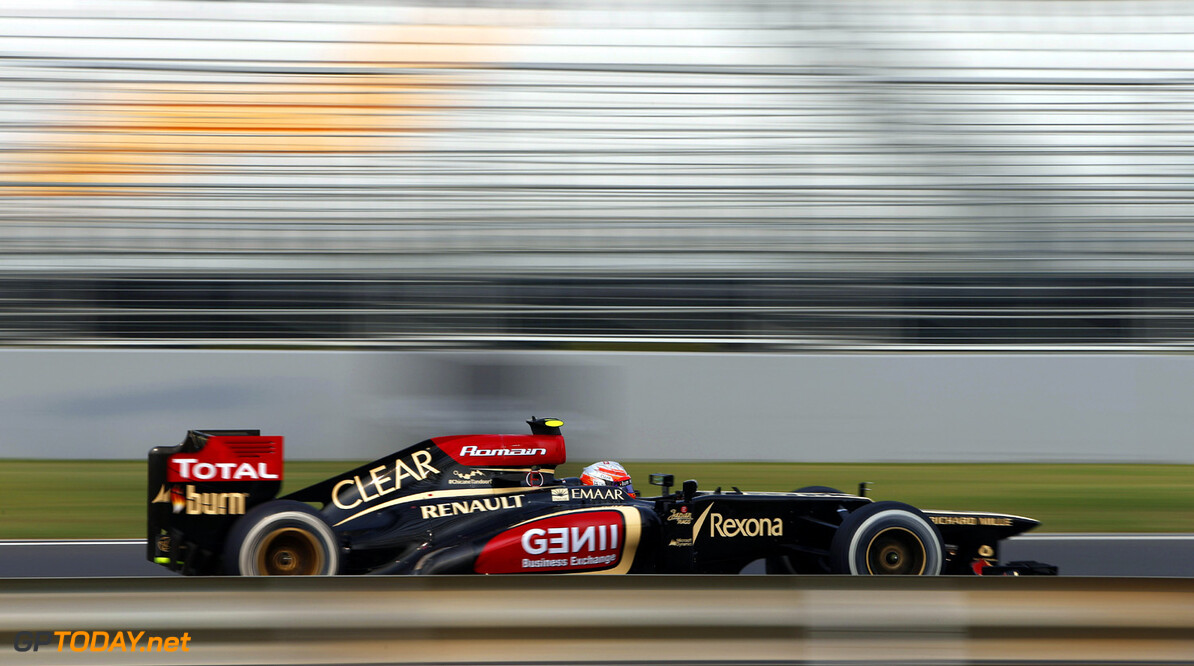 Raikkonen not right with Lotus?

With the season's Championship already decided, and Kimi already signed with Ferrari, his absence on the scene this week in Abu Dhabi thus far may be speaking volumes.

With radio communications during last week's championship round in India not going so well for Kimi and the public relations team at Lotus, any fan can be assured that the frustrations of former F1 Champ Kimi Raikkonen are at a high point for the season. Not getting paid on time, clashing egos and cars with teammate Grosjean and his eventual decision to leap back to the "big red" Team Ferrari leave Kimi little to hold onto for the remainder of the season. Looking around the paddock area at the Yas Marina track, Raikkneon is conspicuously absent, and according to sources will be arriving late on the scene.

These same sources, reportedly close to both Kimi and Lotus, said that the last 48 have been dicey. It seems that the radio comments in India and a ruckus at the team meeting after the event left Kimi feeling like it was time to just walk away for the season, leaving Lotus sans driver for their car #1. However, after repeated conversations and assurances, it seems that cooler heads may yet prevail and that Kimi while late, will in fact be in Abu Dhabi to do his job.

That said, can Mark Webber be far behind? Don't be surprised if we begin seeing the same behavior from from the RBR Team #2 car as well. Like Rodney Dangerfield, Webber get's no respect and little support from his team. Sad to see these two exit their respective teams on such terms.
F1 News Lotus F1 Ferrari
<< Previous article Next article >>
.