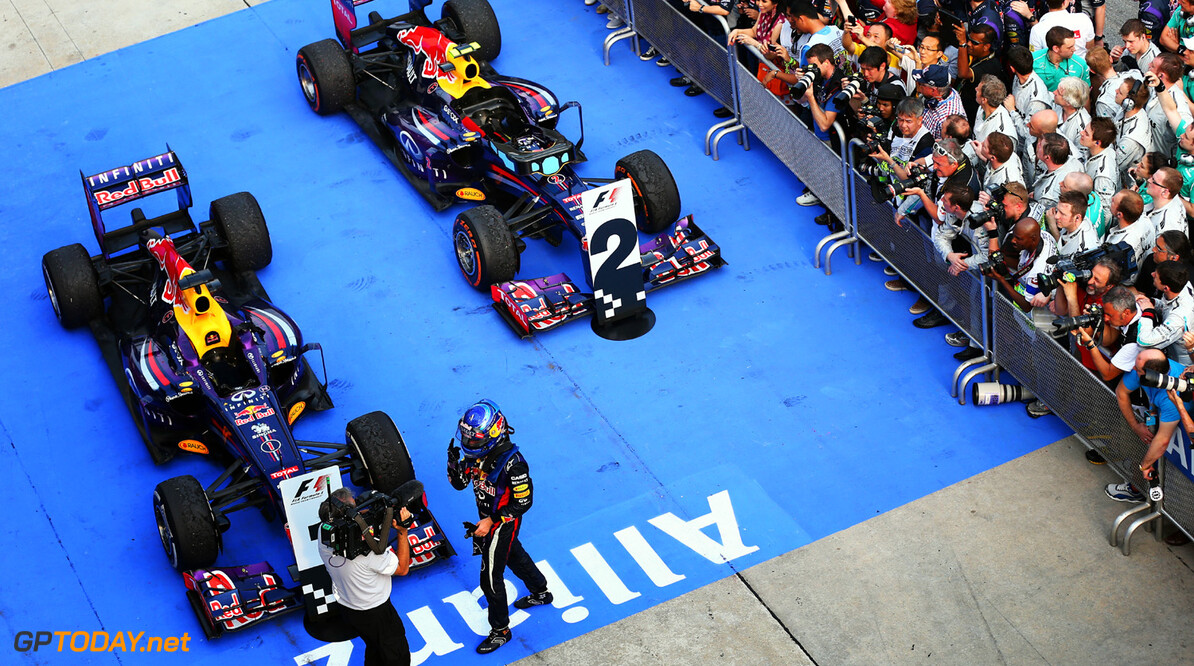 Sebastian Vettel has admitted he will miss his teammate Mark Webber. The pair, teamed together at Red Bull since 2009, have had an often fraught relationship that arguably broke down completely after this year's 'multi-21' affair.

"You can say what you want about our relationship," triple world champion Vettel told the Austrian magazine Sportwoche, "but in the end we pushed each other very hard. I will miss that," said the German, referring to Australian Webber's impending departure for Le Mans-style prototype racing with Porsche.

Webber admitted to the latest edition of F1 Racing magazine that he decided to call time on his grand prix career due to flagging motivation. "I've been on the edge with F1, motivation-wise, for the past couple of years," he said.

Indeed, since they went head-to-head for the title in 2010, this season Vettel has clearly had the edge on 37-year-old Webber, who is now almost 100 points behind the championship leader. But Vettel insists Webber still pushes him hard. "There has always been two or three corners where Mark has me biting my lip," he said. "You try to figure out what he is doing, which keeps you busy enough."

The pair have often clashed in the personality stakes, but Vettel insists that "Even if it is perceived differently from the outside, it was important that I was always hungry". (GMM)
F1 News Sebastian Vettel
<< Previous article Next article >>
.