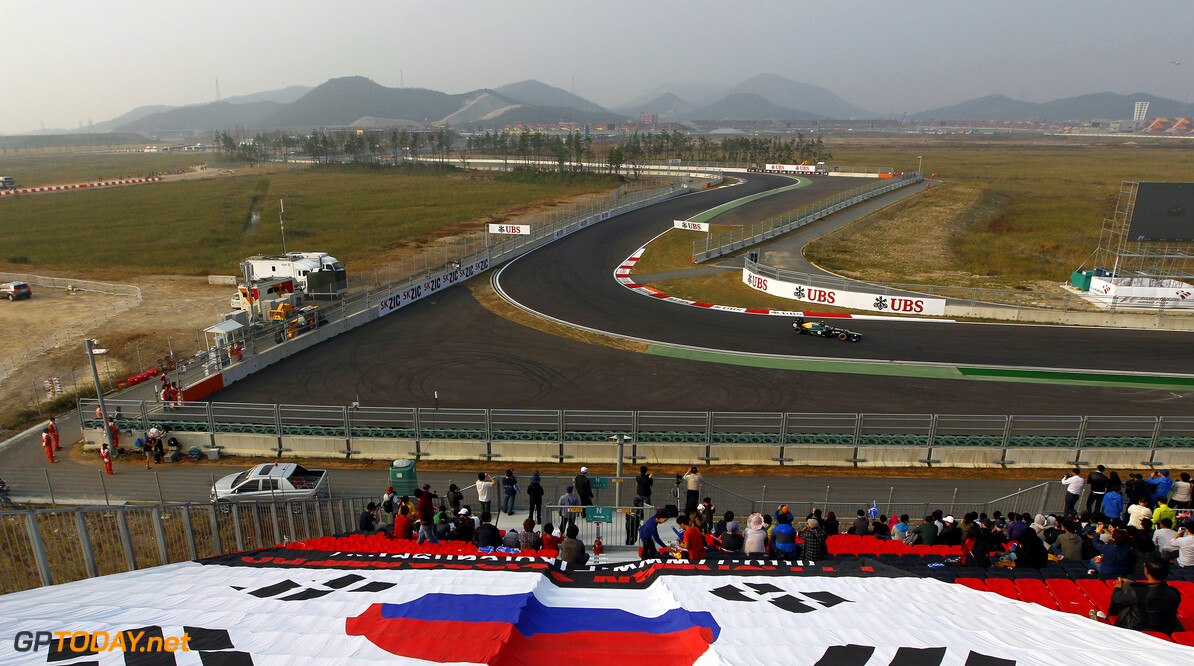 The Korean grand prix looks set to join India in F1 exile, as Bernie Ecclestone trims the 2014 calendar to a maximum of 20 races. It has been reported that Austria, Russia and New Jersey are to be added to the current 19-race schedule.

But the latter of those events, slated to be the second American race on the 2014 calendar amid the Manhattan skyline, now appears unlikely. Mercedes chairman Niki Lauda said a few days ago that New Jersey "didn't happen this year because of a lack of money". "As far as I know," the F1 legend told Austrian broadcaster ORF, "it's already gone from the calendar".

And amid reports Ecclestone will drop the Indian grand prix over a tax issue, Germany's Auto Motor und Sport claims the other race unlikely to survive beyond 2013 is Korea. "Apparently," said correspondent Tobias Gruner, "the organisers have run out of money. Ecclestone is well known for having little patience if his fees are not paid."

The AFP news agency also reports that Korea is in doubt, saying the organiser "has lost money since it first hosted formula one in 2010, and local authorities are unwilling to cover losses". (GMM)
F1 News Mercedes
<< Previous article Next article >>
.