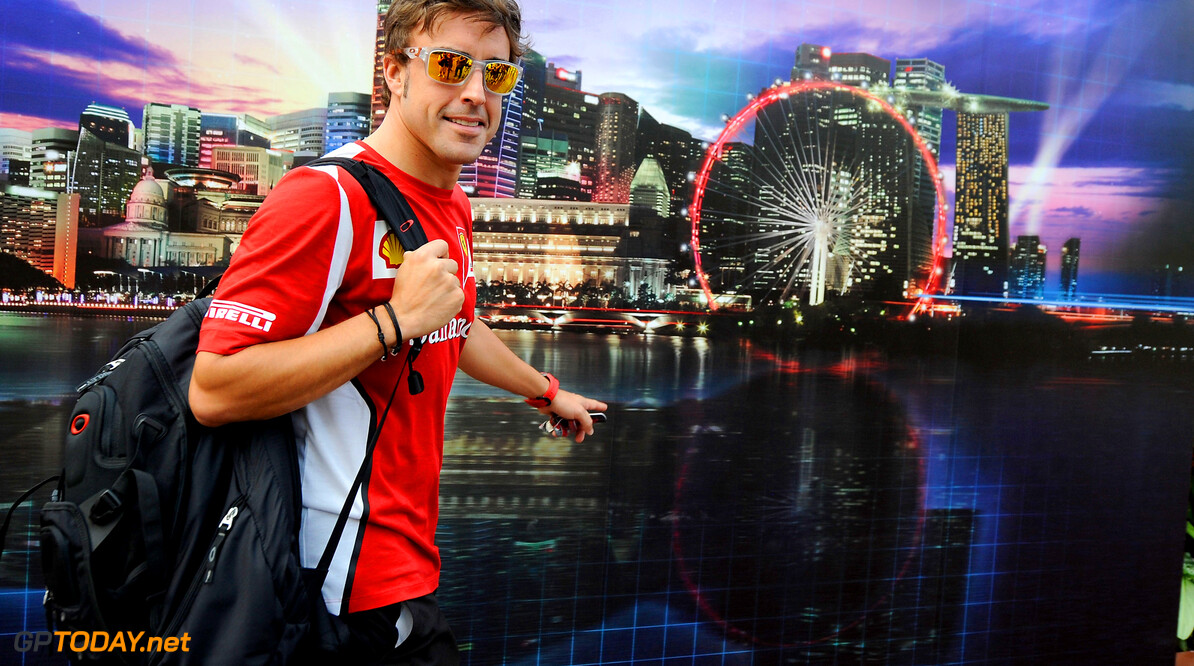 Fernando Alonso counts himself among greatest ever drivers

Fernando Alonso insists he is unmoved after being labelled a 'sore loser' in the wake of his 2012 championship defeat. Even amid his title battle with Sebastian Vettel, the German media said Ferrari's Spaniard reverted to 'dirty tricks' to psychologically unsettle his adversary. And afterwards, there were rumours that Alonso was firmly involved in the heightening of the 'yellow flag' saga over Vettel's allegedly illegal overtake in Brazil, earning him fresh rebukes from within Germany.

"Frankly, I'm not that interested in what the opinion is of me in Germany or elsewhere," Alonso said at Ferrari's end of season event at Valencia at the weekend. "What I know is that people who see me in the streets hug me and call me gladiator or samurai. What matters to me are the 1200 people in the Ferrari family who gave me a standing ovation at a dinner."

Indeed, many in the paddock believe Alonso has improved even since his title-winning days at Renault mid last decade, and would have been a more deserving 2012 champion. "Before," Alonso agreed, "the people had a more or less good opinion of me, but now I notice a whole different level of respect, which I did not have when I won in 2005 and 2006. And then, to be one of the greats of formula one, it's not enough to win titles, you must also tackle seasons like the one just ended."

Italy's La Gazzetta dello Sport quotes him adding: "I don't have as many titles as Fangio or Schumacher, but I'm one of the best." "Senna won three and is considered the best, even though others have more. When I retire, I will have the titles I have and I hope I am considered the best," he is quoted by the AS sports daily.