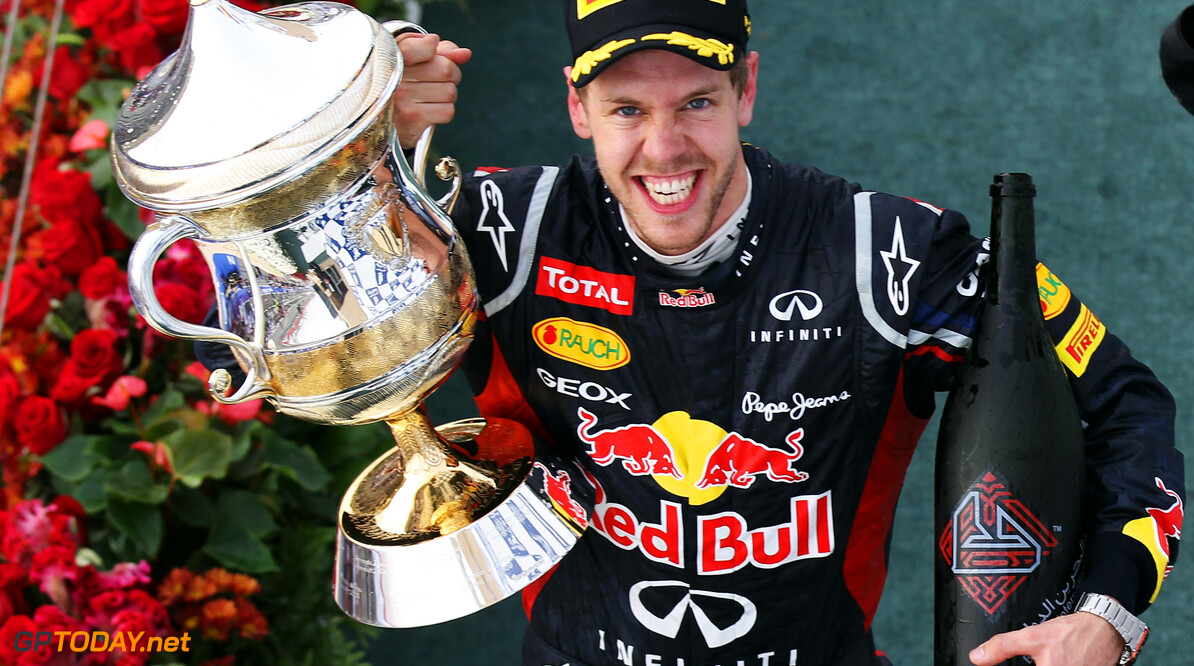 Sebastian Vettel on Sunday won his third consecutive drivers' world championship. After an epic finale to the 2012 calendar in Brazil, Red Bull's Vettel finished off the podium but 3 points ahead of Ferrari's Fernando Alonso.

It was a tumultuous race for the sport's new and youngest-ever triple title winner, as he carried to the chequered flag hefty damage from a first lap spin and crash through stop-start rain, and radio and pitstop problems. "We're all absolutely shattered," team boss Christian Horner exclaimed to British television Sky. "I've aged about 15 years!"

With Vettel's celebrations occuring elsewhere, it was a strangely sombre affair on the podium, as the glassy-eyed Spaniard Alonso rued his championship defeat, and an emotional Felipe Massa fought back tears as he stood before crying Ferrari mechanics. "When you do something with your heart and do it 100 per cent, you have to be proud of yourself and your team and we'll try again next year," said Alonso.

Triple world champion Nelson Piquet said on the podium that Interlagos 2012 was "the most exciting race I've ever seen in formula one". (GMM)