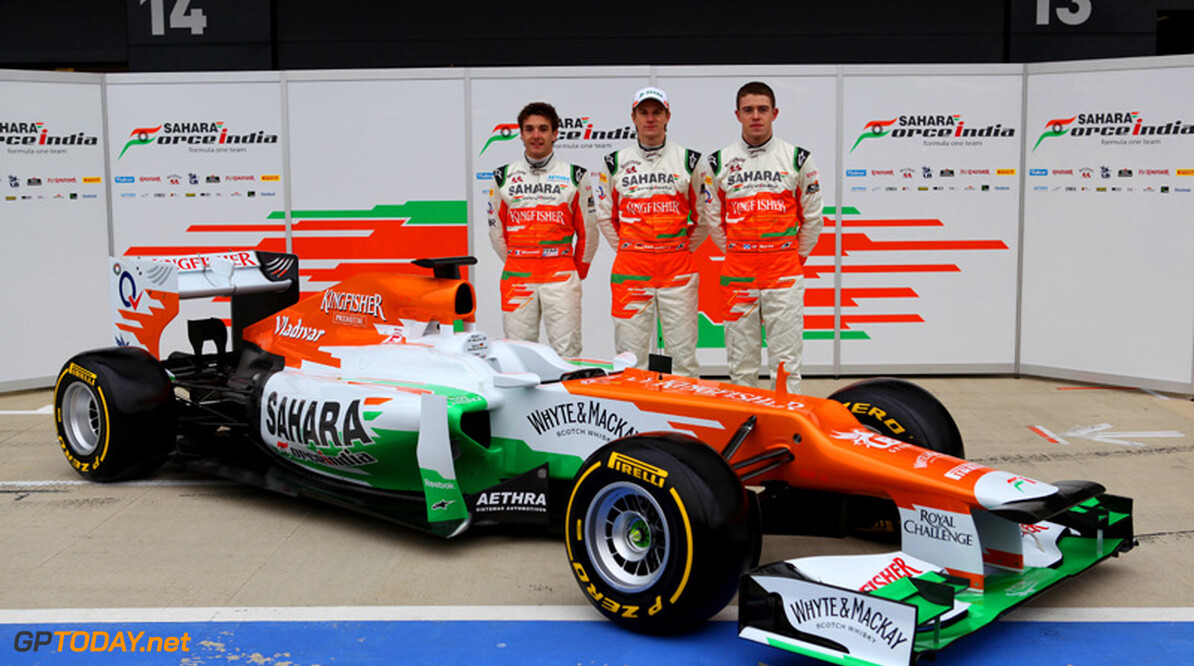 Force India in 'no rush' to decide 2013 drivers

Force India will wait until the end of the season before announcing its driver lineup for 2013. It is, however, an open secret that Paul di Resta is staying put, after his 2012 teammate Nico Hulkenberg penned a deal to switch to Sauber next season.

The list of candidates to replace German Hulkenberg is long, ranging from Toro Rosso's former Jaime Alguersuari and Sebastien Buemi, ex-team driver Adrian Sutil and reservist Jules Bianchi. "We have traditionally waited until the end of the season to confirm our lineup and I expect we will stick to this schedule," team owner and boss Vijay Mallya said. "With the state of the driver market at the moment there is no rush to make an announcement."

One more candidate for the 2013 seat is 23-year-old Brazilian Luiz Razia, who recently tested for Toro Rosso in the young drivers' test in Abu Dhabi. "The day after my test was announced, Toro Rosso confirmed its (current race) drivers!" Razia laughed to Jovem Pan radio. "But there is still a vacancy at Force India and the smaller teams like Caterham. I think Sauber is already locked with Hulkenberg and probably Gutierrez," he added.

As for Force India, Razia - who will be in Brazil next weekend for talks - said he has done his "part and now it is up to them to decide". "Sutil is pushing for the vacancy, he has scored a lot of points with them and has sponsors who pay his salary, so he's (a) strong (candidate)," he said. (GMM)