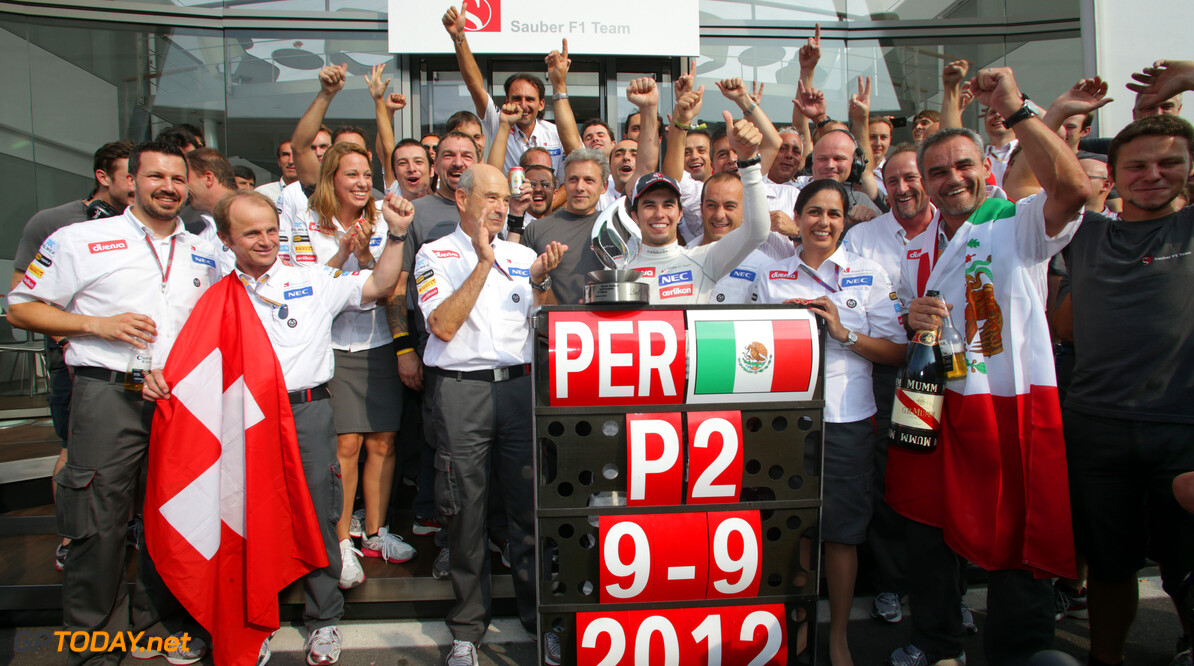 Boosted by an excellent result at the final round of the European season, the Sauber F1 Team is on the move to Asia. In Monza the Swiss outfit secured its third podium in the 2012 FIA Formula One World Championship with Sergio Pérez finishing second. The team scored 20 championship points in Italy with Kamui Kobayashi contributing two points when taking the chequered flag in ninth. During the forthcoming chain of Grands Prix in Asia, the Sauber C31-Ferrari will receive some updates on a race-by-race basis.

On the weekend of the 21st to 23rd September it will be the fifth time Formula One will race at the Marina Bay street circuit in Singapore. From the word go in 2008 the spectacular night race established itself as a true asset to the world championship. With its 23 corners the five kilometre track requires a high downforce level and is tough on brakes and tyres. For the drivers it is extremely demanding as well. High humidity and an ambient temperature of more than 30 degrees even at night creates a physical challenge, while the winding circuit with no run-off areas doesnt forgive the slightest driver error.

Kamui Kobayashi: "After our great result in Monza, everybody in the team is very motivated. Singapore is a truly special event. As a night race it has established itself as a real highlight. Personally I like the place. Also it's not too far from my home country, and there are always a lot of Japanese fans. The track is quite demanding with a lot of corners, and mostly slow ones. In the past this kind of track didnt really suit our car, but with this year's Sauber C31 things have changed. I don't see any reason why we shouldn't be competitive there."

Sergio Pérez: "The Singapore Grand Prix is a very special race on an extraordinary track with an unique schedule. You race at night and you live at night. Also it will be the first round back in Asia after quite a while. The amount of travelling is increasing a lot now. I generally like street circuits and the one in Singapore is physically quite demanding, but I feel prepared for that. Also for our car it should be an okay track to race on. I am very much looking forward to it and I want to get in another good result for the team at that very prestigious race."

Giampaolo Dall'Ara, Head of Track Engineering: "Singapore is a street circuit with lots of corners and short straights. Therefore overtaking is difficult, which makes qualifying particularly important. Good traction is crucial on this stop-and-go track with mainly low speed and just a couple of medium speed corners. In some places the surface is very bumpy  something to bear in mind when setting up the car. You have to keep an eye on the brakes, because they have very little time to cool down between corners. The track surface is not very rough. Pirelli will allocate the supersoft and the soft compounds, which should work well in qualifying, but I don't expect any chance of a one-stop strategy in the race. Concerning strategy: one thing we have to consider is that the chance of a safety car period is very high on this track. This means we have to bear in mind the tyre requirements and, at the same time, be ready at any moment to change our strategy in case of a safety car deployment. Out of the seven upcoming races I expect this one to be the most difficult for our C31, but we will have our next aero update in Singapore, which should help to compensate for this and still put us in a position for a strong race."
F1 News Ferrari Pirelli Sauber
<< Previous article Next article >>
.