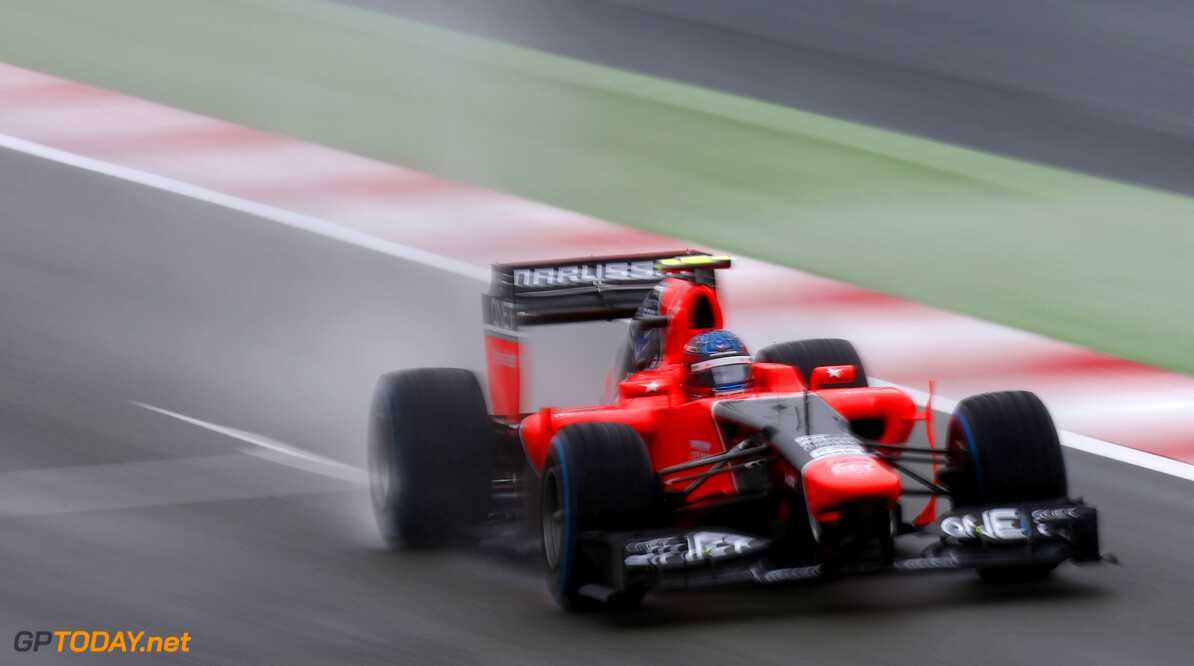 A trio of formula one drivers have criticised the performance of Pirelli's rain tyres. Seven time world champion Michael Schumacher on Friday suffered his second crash in wet conditions in the space of seven days, explaining at the Hungaroring that he aquaplaned into the tyre barrier.

But the great German, who has been openly critical of F1's Italian tyre supplier, held his disapproving fire on Friday. Others were more vocal. "In my view, these (Pirelli wet) tyres are extremely bad in terms of (water) displacement," Marussia driver Timo Glock is quoted by Germany's Auto Motor und Sport. "The (tyre) behaviour is just very, very funny, in terms of aquaplaning," he added.

Force India's Nico Hulkenberg, who made his F1 debut in 2010, added: "The Bridgestones were able to cope with more water." And a third - unnamed - driver told the publication: "In the past we lost 12 seconds in the rain, now we're losing twenty." (GMM)
F1 News Pirelli Force India Marussia
<< Previous article Next article >>
.