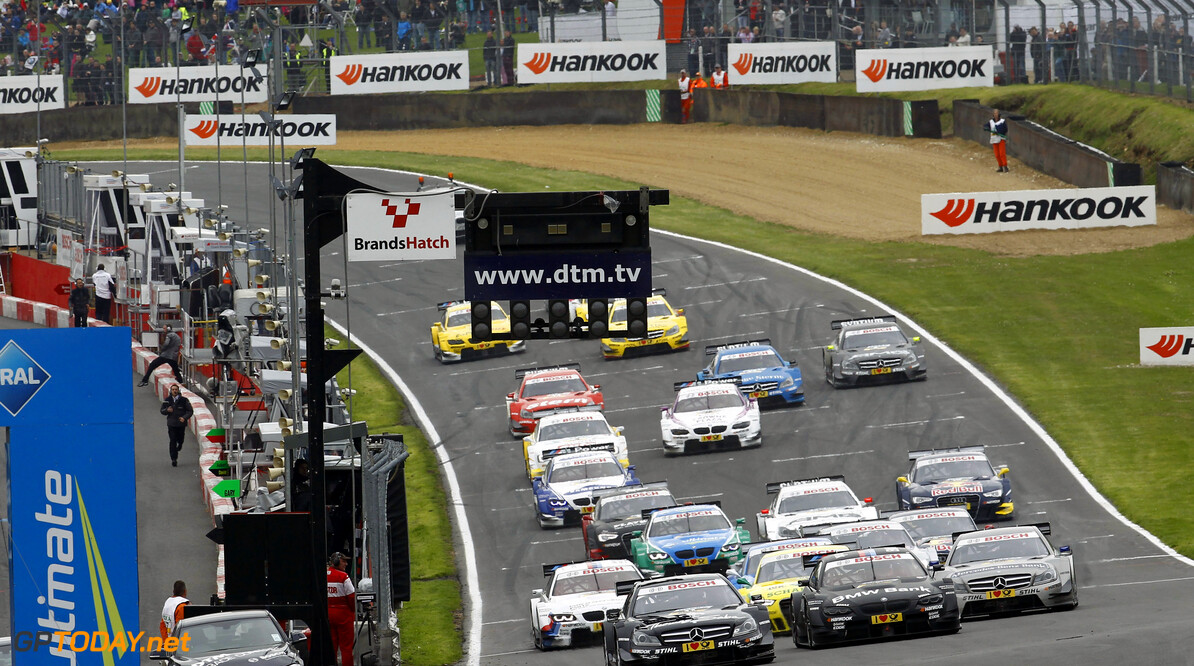 DTM and Hankook extend partnership until end of 2016

DTM is going to contest its races on Hankook tyres up to and including 2016 at least. DTM rights holder and promoter ITR e.V. and the South Korean company extended their exclusive deal regarding the supply of tyres for the most popular international touring-car series by another three years - up to the end of 2016 - as early as prior to the beginning of the 2013 season and in addition, they agreed upon an option for another extension of the agreement.

Since 2011, the DTM cars have been racing on Hankook's 'Ventus Race' tyres. Furthermore, the forthcoming season will bring an innovation as it will be the first time since the series revival in 2000 that two tyre compounds will be used in the races. In addition to the standard tyre in the dimensions 300/680 R 18 for the front axle and 320/710 R 18 for the rear wheels, the new Ventus Race Plus' slick in the same dimensions - that can be identified easily due to an individual sidewall design - allows for clearly faster lap times for a defined period of time.

"The first two years of our partnership with Hankook absolutely convinced us of the competitiveness of this company," says ITR e. V. Chairman Hans Werner Aufrecht. "Therefore, it was absolutely clear for us that we want to continue this successful partnership beyond 2013. The early extension of the deal is the logical consequence. We all are keen on finding out how the new option tyre will prove of value, this year," continues Hans Werner Aufrecht. "The use of two different tyre compounds in the race certainly will make for more action and more overtaking manoeuvres. We have to thank the Hankook engineers: we asked them to design a tyre that allows for faster lap times for a short period of time but with a quickly decreasing performance level afterwards. And they delivered in great style."

"Good, stable regulations, professionalism and an experienced, reliable management have always have been the basis for successful motorsport series," says Mr. Hyun-Bum Cho, President & Chief Marketing Officer/Chief Corporate Management Officer at Hankook Tire. "DTM is one of the most popular and well organized race series around the world and as such has provided an ideal platform to demonstrate Hankook's advanced and futuristic race tyre technology from the very beginning of our engagement. The early extension of our engagement as the exclusive tyre supplier to DTM therefore was never questioned."
DTM News
<< Previous article Next article >>
.