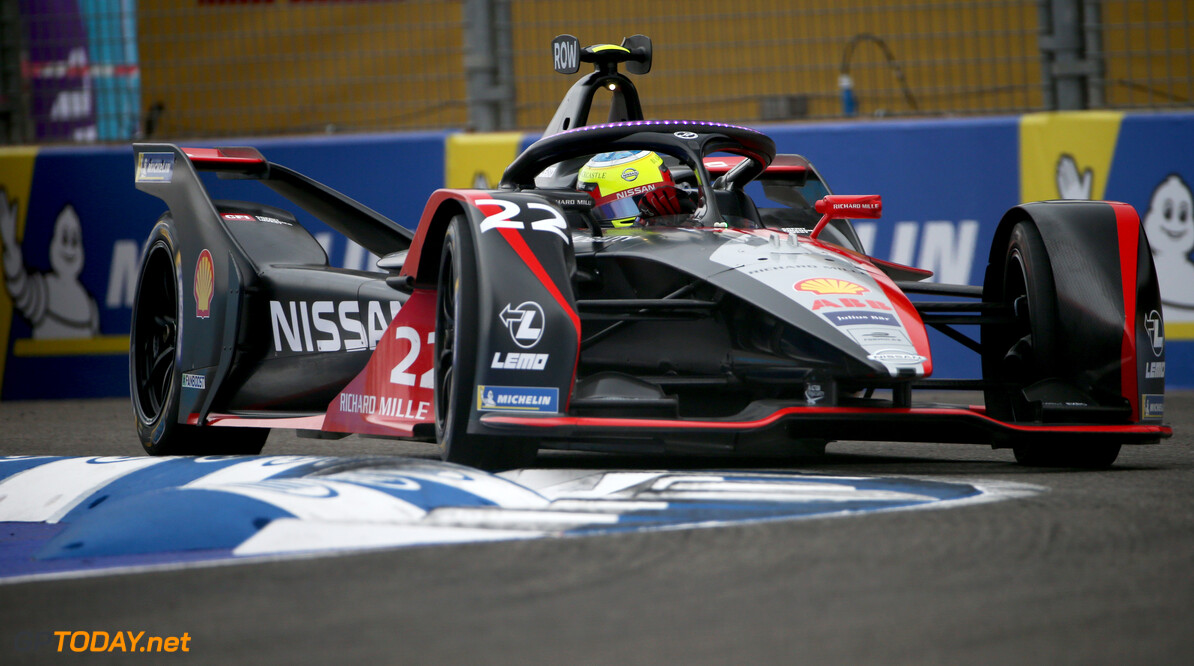 In the penultimate race of the Formula E season, it was Nissan's Oliver Rowland that scored his first victory in the series ahead of Virgin's Robin Frijns. Audi's Rene Rast took his first Formula E podium in third.

With a new, extended layout in use for the final two rounds of the season, pole-sitter Rowland led away from Frijns, while an accident further back saw damage for Bird, De Vries and Turvey.

Race three winner Max Guenther fell back early with his second puncture of the week in Berlin, while Edoardo Mortara moved into the points, getting up to ninth behind Venturi teammate Felipe Massa.

BMW decided to retire Guenther from the race, while Bird came into the pits to repair the damage from the lap one accident. At the front, Frijns kept behind Rowland in the lead.

Ten minutes into the race, Frijns took his first attack mode in a bid to challenge Rowland for the lead. Rowland would take his attack mode the following lap, but would rejoin the race in the lead just ahead of the Virgin.

Lucas Di Grassi was one of three drivers put under investigation by race control after hitting the back of Guenther at turn ten, with Mahindra's Jerome D'Ambrosio also being looked at in regards to the incident.

Jean-Eric Vergne was then awarded a drive-through penalty for battery overcooking. The penalty dropped Vergne from seventeenth to last.

Contact between Vergne's teammate and newly crowned champion Antonio Felix Da Costa and DI Grassi at turn one left Di Grassi in a spin and with a puncture.

Di Grassi squeezed Da Costa into turn one and left the Portuguese driver with nowhere to go. Meanwhile, Massa dropped down to twelfth after a brief collision with Alexander Sims at the same corner.

Fourth and fifth went to Lotterer and Alex Lynn with Lotterer coming under investigation for the final lap with Rast, as Neel Jani and Mitch Evans finished in sixth and seventh.

Lotterer moved up to third at Rast's expense, while Lynn was looking for a way past the second Porsche of Jani. Jaguar's Evans was moving up the order, finding him seventh with less than fifteen minutes to go.

No further action was found for Di Grassi's collision with Guenther, while Da Costa and Sebastien Buemi battled for eleventh. After activating his second attack mode, BMW's Alex Sims moved up and pushed Da Costa down to thirteenth.

Towards the closing stages of the race, Lotterer and Rast went head-to-head for the final podium position, while Di Grassi was awarded a five-second penalty for his incident with Da Costa.

Lynn finally found a way past Jani for fifth, as Guenther returned to the race on the final lap to ensure the car was not damaged for tomorrow's final race.

Mortara and Stoffel Vandoorne crossed the line in eighth and ninth, as Buemi took the final point in tenth. Da Costa was not classified on the final lap.