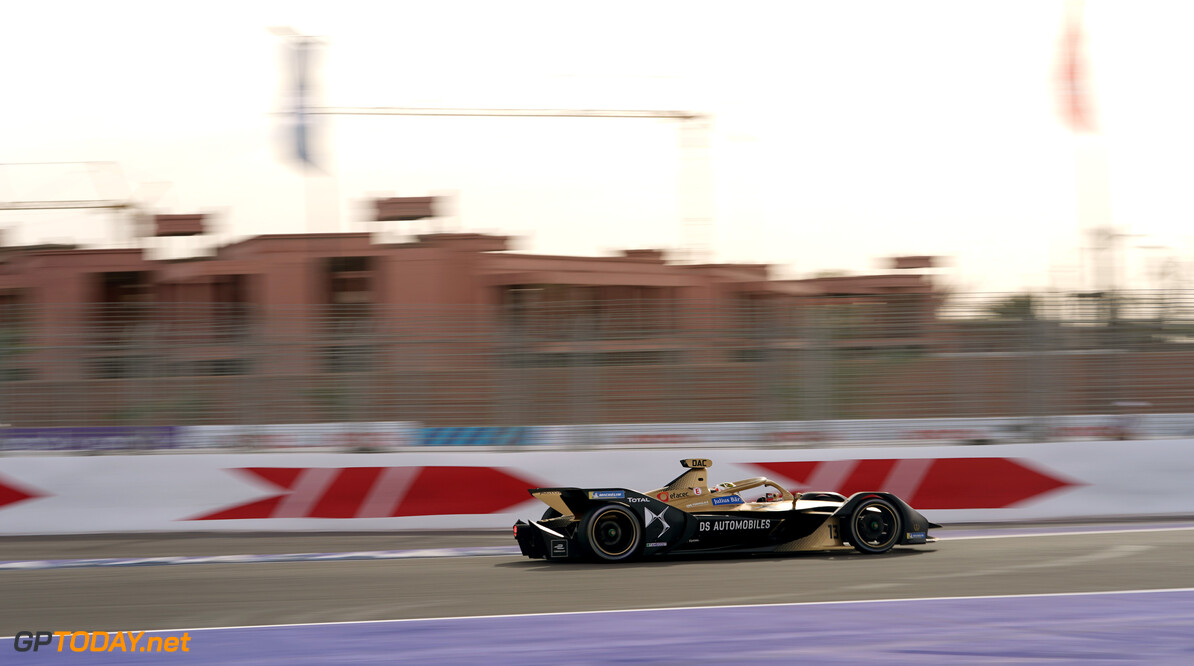 Techeetah's Antonio Felix Da Costa takes the top spot this morning in Marrakesh, grabbing pole position with a time of 1:17.168. Max Guenther and Andre Lotterer will start in second and third for this afternoon's ePrix.

Mercedes' Stoffel Vandoorne was instantly put under investigation for speeding in the pit lane as he left to start his lap in group one, while it was disaster for championship leader Mitch Evans.

The Jaguar driver was too late out of the pit lane and did not get to start a lap before the chequered flag fell, relegating him to the back of the grid, while also being put under investigation for crossing the finish line twice.

Nyck de Vries and Edoardo Mortara will start fourth and fifth for the race later on this afternoon, while Sebastien Buemi and Jerome D'Ambrosio will line up on the grid in sixth and seventh.

Guenther set the fastest time in the second group, while de Vries suffered from oversteer coming out of turn 11 and clipped the wall, slightly damaging the car but was still quick enough for fifth.

Only Buemi out of the six drivers in group three managed to get into the top six and potentially qualify for super pole, pushing BMW's Alex Sims out of the top six. Virgin's Robin Frijns suffered in the session, hitting the wall on his quick lap.

Venturi's Felipe Massa suffered throughout his lap in the fourth and final group, being forced to correct a slide through turn three while locking up on the final corner, ending up on the last row of the grid. Dragon's Nico Mueller also suffered a lock-up, leaving him in seventeenth.

Nissan's Buemi set the early pace in super pole but was beaten quickly by Mercedes' de Vries by three tenths. Da Costa then went fastest of the session, while Lotterer and Guenther both just missed out on pole by less than a tenth of a second.

Alex Sims and Oliver Rowland will start in eighth and ninth as James Calado will line up in tenth position.