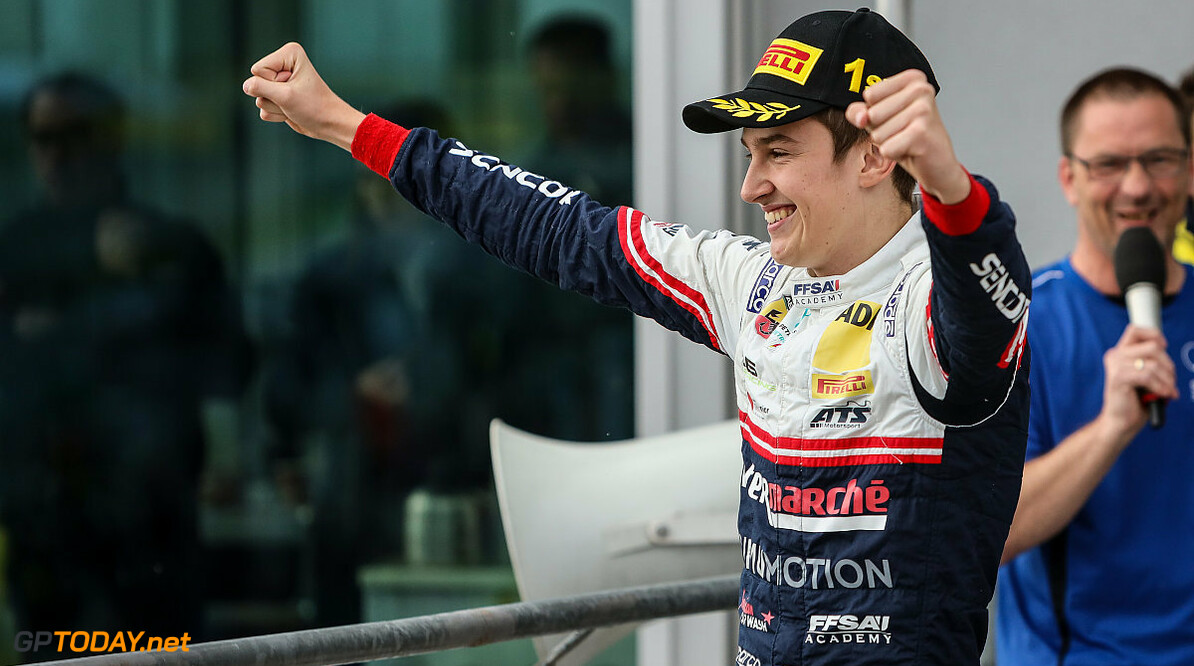 ART Grand Prix has confirmed its second driver for the 2020 Formula 3 season, announcing the signing of Theo Pourchaire.

The Frenchman won the Formula 4 ADAC title in 2019, which was just his second year in single-seater racing.

Pourchaire joins Aleksandr Smolyar at the team, with ART yet to announce who will complete its line-up for the second season of the FIA F3 championship.

The 16-year-old tested with ART at the post-season test in Valencia, gaining his first experience behind the wheel of the F3 car.

“This is a new challenge for me and I’m grateful to ART Grand Prix for giving me the opportunity to race in Formula 3," Pourchaire said.

"Coming from German F4, this is a big step up, but after the tests in Valencia I feel ready to take it. We had all the possible conditions, dry, drying or wet and I felt good in all of them.

“ART Grand Prix gave me some leads to work on and I know where I can improve. I know I have a good margin of progression and that’s why my main aim will be to be better and better week in week out and to be ready to fight with the front runners by the final stages of the championship.

"I still have a lot to learn, but with a team such as ART Grand Prix, I think I can make it. I’m young and I want to take the time to do things right.

“Also, I would like to give a special thanks to all the people who have worked hard to help me reach this level, especially my family of course, my physio and Simumotion.

"I also thank ART for the chance with the tests in Valencia where I took the opportunity to show what I am really worth in this category.”

Team Principal Sebastien Philippe added: “Theo’s record and career speak for themselves. In karting as in motorsport, he won one title per year.

"Reaching this level of competition, F3, at such a young age, is rare and not only testifies to his great racing skills, but also to his exceptional mental ability to know how to manage the victory on a race meeting and throughout a championship, all while working hand in hand with his team.

“At 16, and despite an immense raw talent, he has a lot of room for improvement. Theo proved to us in Valencia that he is very mature for his age, that he already has a certain technical background and that he has all the skills to be fast and help ART Grand Prix reach its objectives.”