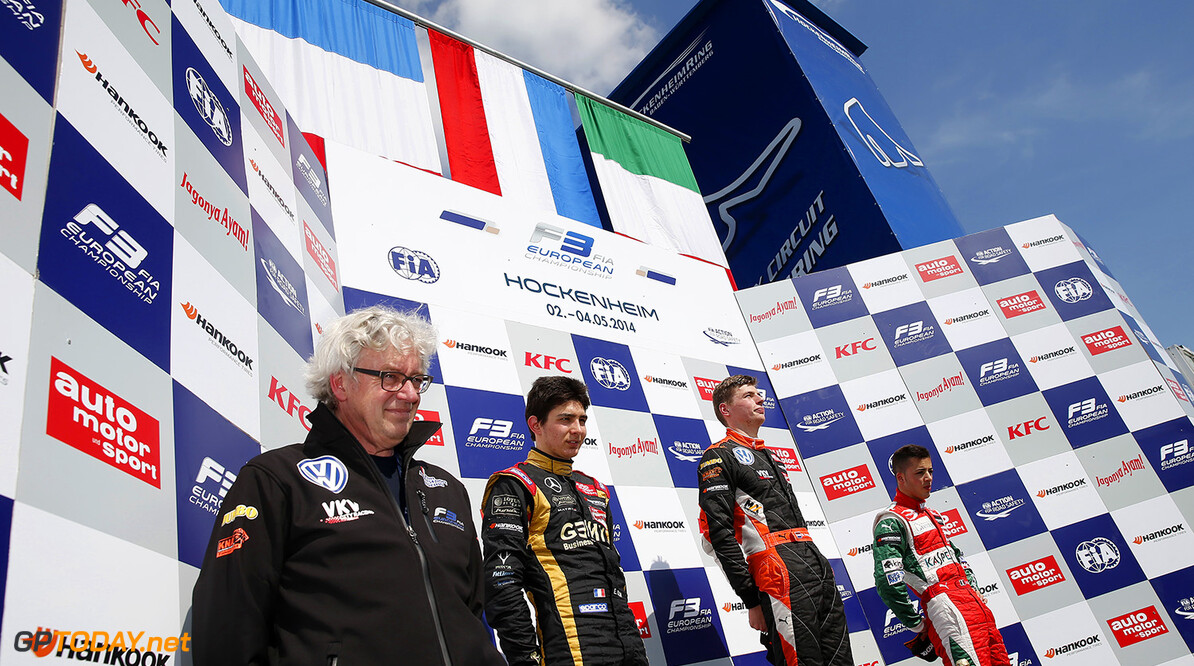 Like it did with Max Verstappen in 2014, Van Amersfoort Racing is relying on a talented go-kart graduate this year as well: Italian Alessio Lorandi, only 16 years old, will be competing in the FIA Formula 3 European Championship with the Dutch team. Prior to Lorandi, team principal Frits van Amersfoort already signed Monegasque rookie driver Charles Leclerc.

Indeed, it was Verstappen who advised Frits van Amersfoort to bring Lorandi into the team. "Max introduced us to each other and he only told good things about Alessio", says van Amersfoort, who invited Lorandi to a first test soon after the end of the 2014 season already. "At the time, he showed a good performance, but we advised him to get some more experience in single-seaters with additional tests. When we came back from Macau, we did further tests with Alessio and one could clearly see what the additional mileage with a race car did for him."

Then, van Amersfoort and Lorandi decided together to make the step into the FIA Formula 3 European Championship. "We are optimistic that it will work out", van Amersfoort says, but he warns for too high expectations at the same time. "Even though he now follows the same path as Max Verstappen, this doesn’t mean that he will achieve the same results. We all would be more than happy if he only scores 25 percent of Max’s results."

Last year, Max Verstappen won ten races in the FIA Formula 3 European Championship and ended up third in the drivers’ standings. During the season, he already signed a contract with the Toro Rosso Formula 1 team. In 2015, the 17-year old Dutchman will take on his maiden season in the top class.
<< Previous article Next article >>