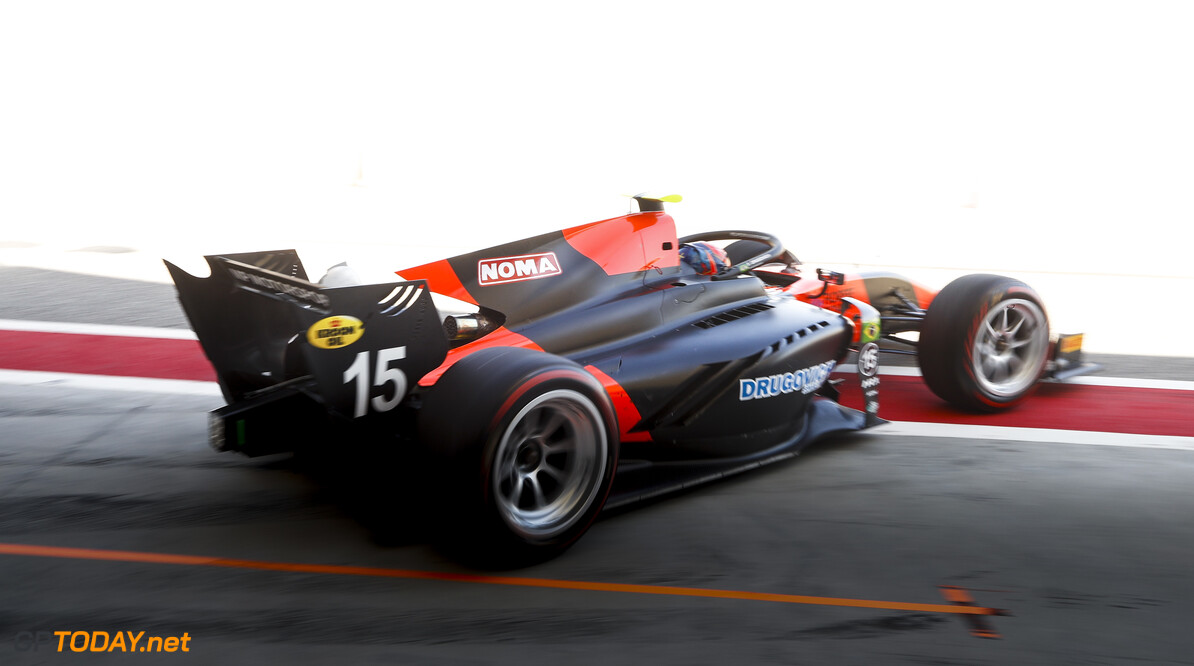 It was two out of two for MP Motorsport as Felipe Drugovich took the win this morning in Barcelona, ahead of Luca Ghiotto. Prema's Mick Schumacher took the final podium position in third.

Prior to the race start, it was announced Dams driver Sean Galael would not take part in the race, after it was revealed heavy contact with the kerb left the Indonesian with a back fracture, being extracted by medical staff to hospital after the race.

Galael was reported to be doing well and was hoping to return to F2 soon, and was released from hospital last night.

As the formation lap commenced, Giuliano Alesi was left stranded on the grid, forcing a pitlane start on the HWA driver.

As the race got underway, Pole-sitter Ghiotto led the drivers away, but a poor start saw him lose out on the lead to Drugovich. Ilott moved up past Schumacher into third place

Drugovich pulled out a three second lead to second-placed Ghiotto within the first handful of laps, as Ilott looked for a way past the Hitech of Ghiotto.

The Brazilian driver was looking confident, looking the gap to Ghiotto as drivers looked to nurse their tyres during the early stages of the race.

Tight defending by Louis Deletraz was not enough to stop Nikita Mazepin for ninth, however, Deletraz was able to then relegate Christian Lundgaard to tenth as the pair squabbled over the position for the position.

Despite being only ten laps into the race, multiple drivers were starting to suffer from front tyre graining. Lundgaard then informed his team that he could not reach the top speed of his car on the straight, being unable to challenge Deletraz on the straights.

Lundgaard lunged at Deletraz coming through turn eight, but misjudged his braking point and went wide, handing the position back to Deletraz.

Fourth and fifth went to Yuki Tsunoda and Nobuharu Matsushita, as Mazepin and Pedro Piquet crossed the line in sixth and seventh.

Ilott then went for second coming through turns one and two but was unable to relegate Ghiotto to third, the pair banging wheels in the process as Schumacher and Zhou pulled up behind the pair.

Schumacher was all over the back of Ilott for third, while Mazepin dropped championship contender Robert Shwartzman out of the points, after taking eighth from the Russian driver.

Shwartzman dropped further down the order after the Prema decided to pit, as did Alesi. Prema teammate moved up to third past Ilott, as yesterday's race winner Matsushita and Mazepin moved up to sixth and seventh at Ghou's expense, who was suffering from a puncture.

A lock-up while battling Matsushita at turn one was deemed the cause of the puncture, as drivers started to badly struggle on the worn hard compound tyres with a couple of laps to go.

Tsunoda and Matsushita relegated a struggling Ilott to sixth, as Mazepin the pushed the Uni-Virtuosi down to seventh.

Eighth and the final point went to Lundgaard after pushing Ilott down to ninth at the turn fourteen chicane on the last lap. Deletraz rounded out ten.