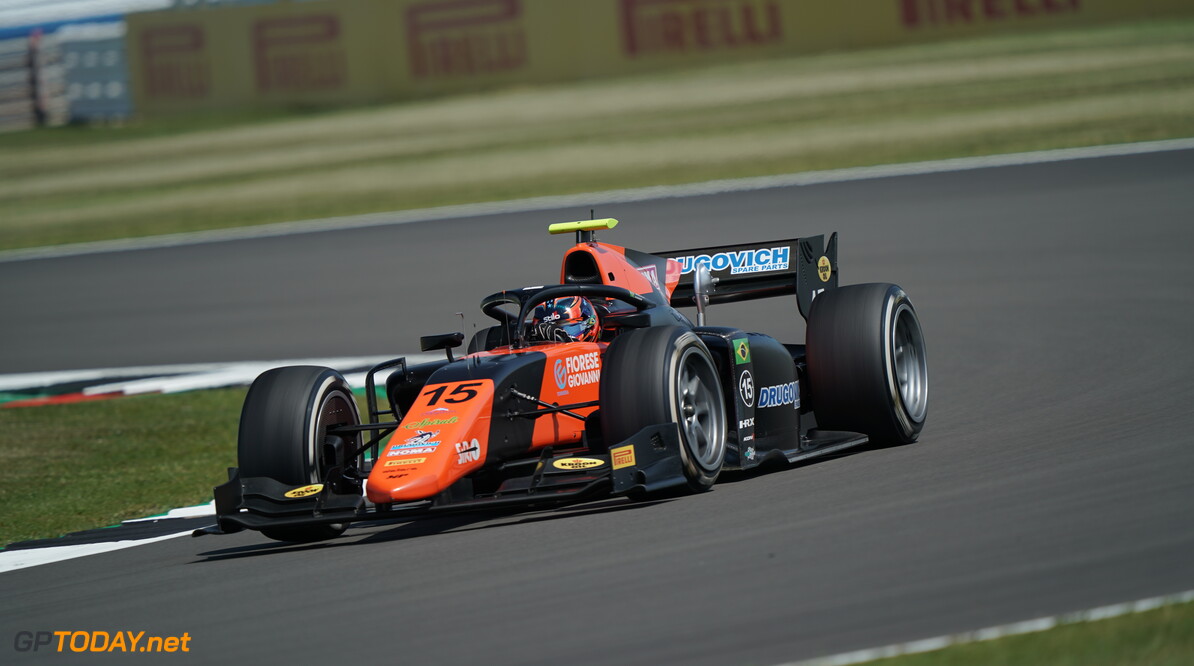 Felipe Drugovich has secured pole position for the Feature Race at Silverstone on Saturday, edging out championship contender Callum Ilott to the top spot.

Drugovich, who won earlier this year in Austria, beat the Uni-Virtuosi driver by over one-tenth of a second.

Mick Schumacher was third but was left deeply frustrated after being blocked on one of his hot laps by Roy Nissany throughout the final two corners.

The German was forced to settle for the second row of the grid, which he will share with Christian Lundgaard, who was the sole ART Grand Prix car in the top ten.

Nikita Mazepin was fifth, ahead of Jack Aitken and Jehan Daruvala. The Indian driver was the early leder in the session but couldn't retain his pace as the clock winded down.

Guanyu Zhou was eighth ahead of Yuki Tsunoda and Louis Deletraz who rounded out the top ten.

It was a disastrous session for championship leader Robert Shwartzman, who ended up as the third slowest driver.

However, he could find himself starting from even lower as he is under investigation following an incident involving Sean Gelael on the Hangar Straight.

Saturday's Feature Race from Silverstone gets underway at 15:45 local time.