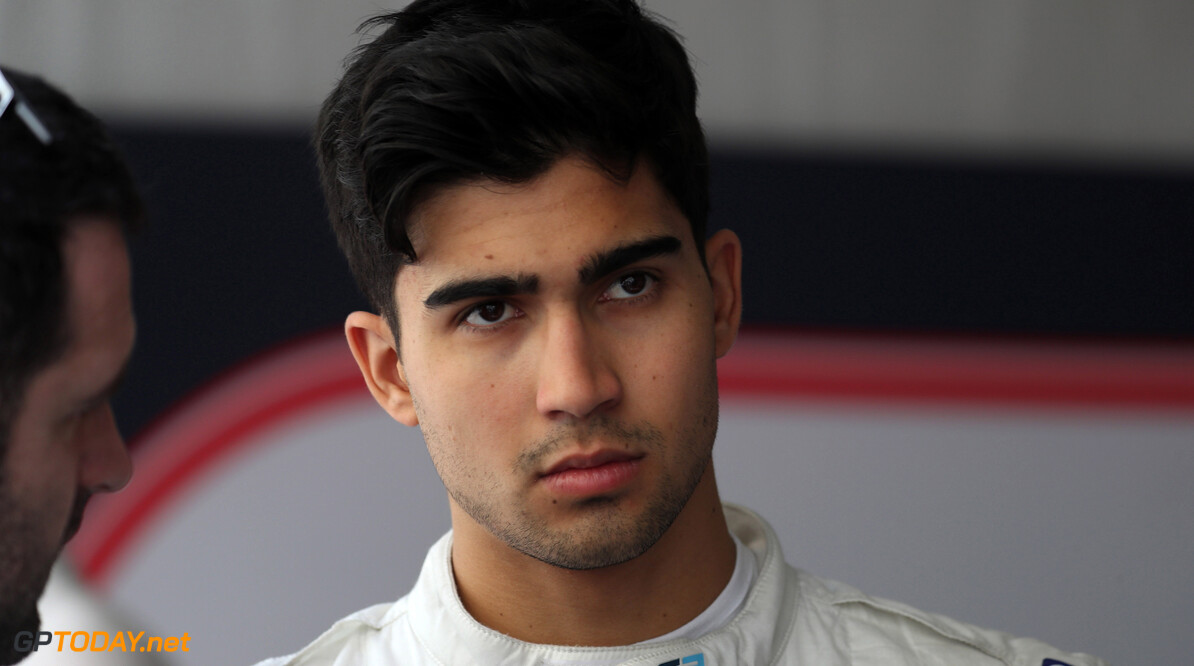 Juan Manuel Correa's parents have issued an update on the condition of their son following his horrific crash with Anthoine Hubert at Spa-Francorchamps.

Correa was transported to the United Kingdom last week after he received treatment in Belgium following the crash - however he was placed in an induced coma after he was diagnosed with Acute Respiratory Distress Syndrome.

In a fresh statement on the Ecuadorian-born driver, his parents have revealed that his condition has shown signs of improvement.

"Our son, Juan Manuel, remains in the Intensive Care Unit at a hospital in London, England, with my wife and I at his side," read the statement.

"We have good days and bad days as well as long nights and short nights but with the support of the motorsports community, our friends, family, country and fans, we continue to pray for Juan Manuel.

"Juan Manuel remains in a state of induced coma with paralysis in order for his lungs to get as much rest as possible.

"Continuing to be assisted by an ECMO machine, many of the key vital indicators have improved slightly while others have deteriorated very little.

"We have been reminded by the doctors that as long as Juan Manuel continues in an upward trend of improvement, even if very little, it is all that we can ask for at the moment.

"Infections are under control and respiratory indicators remain stable and all vital signs continue to remain consistent and stable.

"We believe in our son's strength and determination, we see the minor improvement as an indication of him starting to turn the tide in his favour, we just need him to do it a little quicker.

"Doctors continue to monitor and change the bandages when necessary and confirm that the fractures are multiple and severe. Additional surgeries will be required once Juan Manuel's lungs improve to a state that it is safe for doctors to proceed.

"We would like to thank each and every person that has called, text, sent emails and reached out on social media. We have received and read or continue to read and show all the messages to Juan Manuel.

"Your messages help him to fight and never give up. This will be the biggest single motivator for Juan Manuel when he regains consciousness.

"We invite fans and friends to continue to send supportive messages via social media or to Info@JMCorrea.com. Again, thank you for your support."