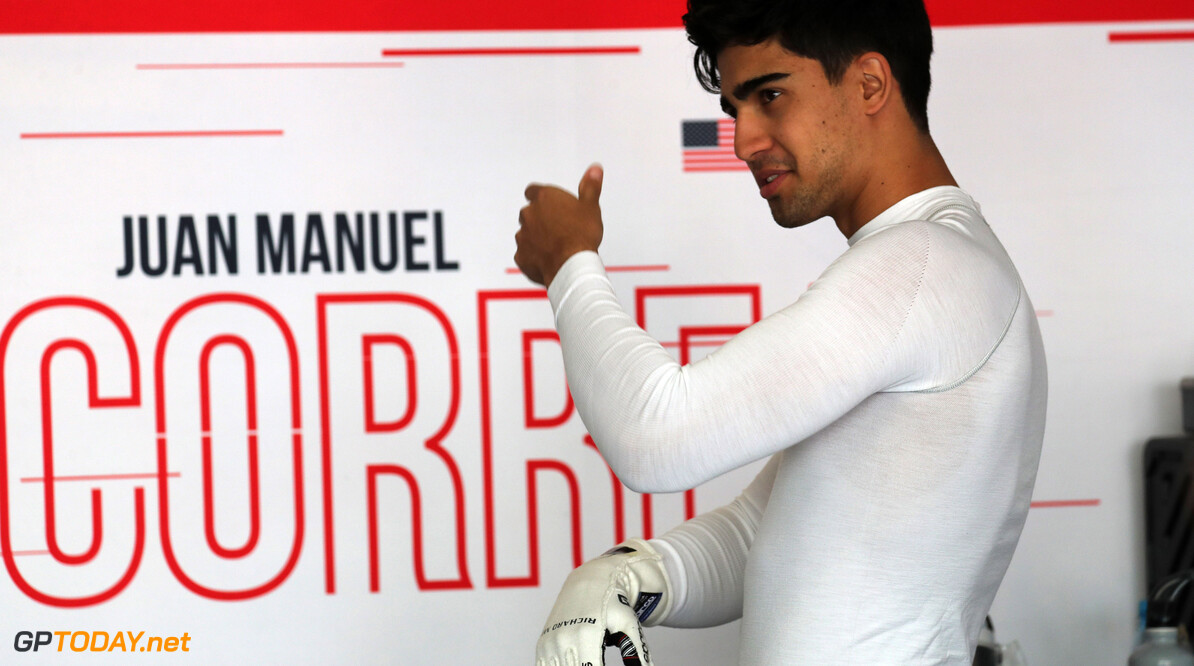 Correa 'grateful to be alive' after horror crash

Juan Manuel Correa has spoken publicly for the first time since his crash at the Formula 2 race at Spa-Francorchamps at the end of August.

Correa sustained life-threatening injuries in the Feature Race crash with Anthoine Hubert. Hubert lost his life in the accident.

Having not done so previously to the public, Correa expressed sympathy to the Hubert family, stating that it has been a rough number of weeks following the accident.

"It’s been a very rough five weeks since the accident,” said Correa. “Obviously I never said it publicly but I want to publicly give my deepest condolences to the Hubert family.

"It’s been a shock to everyone that such an accident happened. You never really know, you never think something like that can happen and especially not to you, until it does.

“I’m just grateful to be here even though obviously I still have a long road of recovery and it’s still uncertain if I will ever recover to 100%. But I am very grateful to be alive and very grateful for the people that have been with me these past five weeks.

“I’m very grateful for the family that I have, for the support they have given me. Without them I would not have made it.

“This has really changed my life, the way I see things, the way I think about life and everything in general. It’s been a life-changing experience."

Correa added that the support he has received from fans means a lot to him, and has assured that he will get around to reading all of them.

“The support and the loving messages from people I don’t even know personally, I’ve read almost all of them. I spent pretty much all day reading messages, trying to answer to as many people as possible or at least like the comments.

“I just want to tell you I will read them eventually. There’s thousands of them, I’ll get it done one day but thank you so much because it means a lot to me."

"I have accepted what happened and I can only be positive now and work as hard as possible for the fastest recovery possible and the best recovery as well."

Correa is set for another surgery next week, before he is expected to travel back to the United States to reunite with the rest of his family.

“The plan will be to have another surgery next Monday and that will be the last surgery here in London. After that, the beginning of November, I should be travelling to Miami to see my siblings and to start my full-on recovery.

“It should last, according to the doctors here, they’re expecting it to last 10 months to a year before I can start to really tell how the right foot really is.

"At the moment I have a metal frame that doesn’t let me move the foot at all so it’s just healing. That will be there for at least eight to 10 months.

“We will see what happens but I’m positive, there’s nothing else to do. I can either me here and be sorry for myself and be depressed or I can just get on with it and be positive and do the best I can for the recovery.”