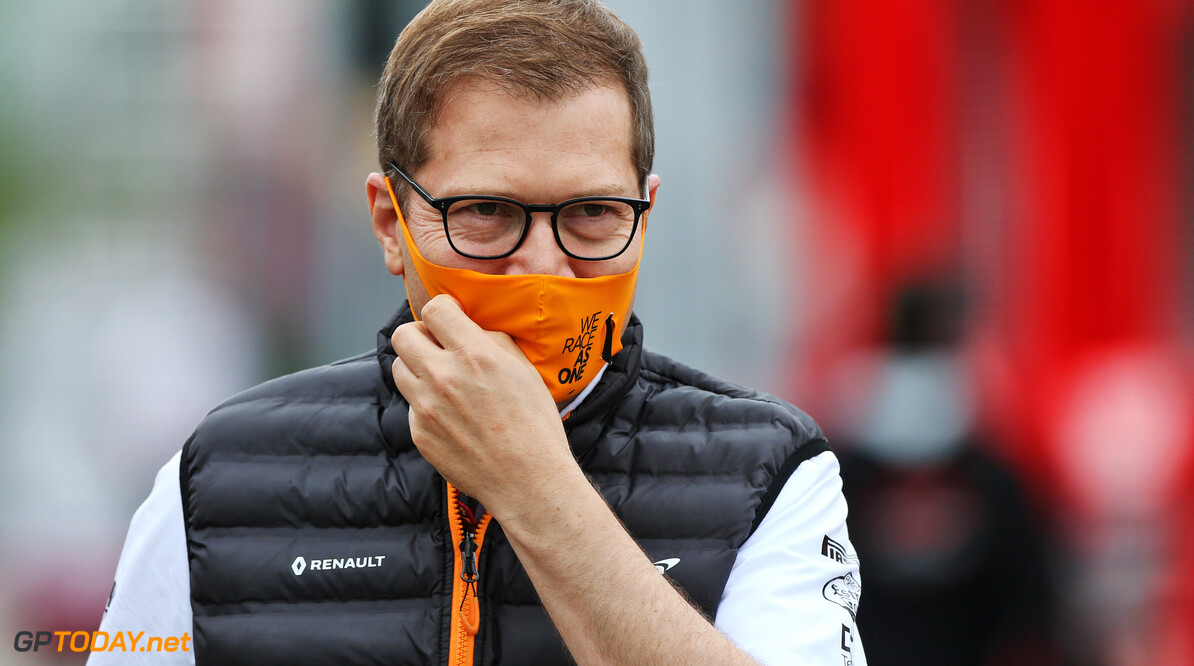 McLaren team principal Andreas Seidl has welcomed the recent ban on testing at new F1 circuits, claiming he was 'very happy' with the outcome of the decision.

Before the start of the season, Ferrari was seen testing its 2018 SF71-H at Mugello, while Alpha Tauri used a 2018 Toro Rosso and its 2020 AT01 during a testing and filming day at Imola.

It is understood that after recent meetings with F1's strategy and commission groups, teams have agreed not to test or visit any new venues prior to competing there this year.

A number of circuits were added in the revised 2020 calendar, with circuits such as Imola and Nurburgring returning, while the Portuguese Grand Prix makes its return with an all-new race at Portimao. Mugello will also make its F1 debut with the Tuscan Grand Prix after Monza in September.

Speaking on the decision to outlaw testing on new circuits, Seidl explained how it takes away any advantages teams with older cars would have after testing on the circuit, which McLaren could not do given the regulations on using older cars for testing.

"And yes not a secret that we were also pushing for that because especially when you think about going to new tracks I think it puts you at a competitive disadvantage if other people can go testing.

"I think even we considered taking out one of our own cars and going there.

"It would definitely have been absolutely the wrong sign also, to the public and towards our people as well in the times of COVID, in the times of where we should avoid any unnecessary trouble for our people in order to protect them.

"I think it would have been completely the wrong sign also to do these tests. And therefore, I'm very happy with the outcome.

"And it was good to see that in the end, all teams agreed on this. Which is not always the case."