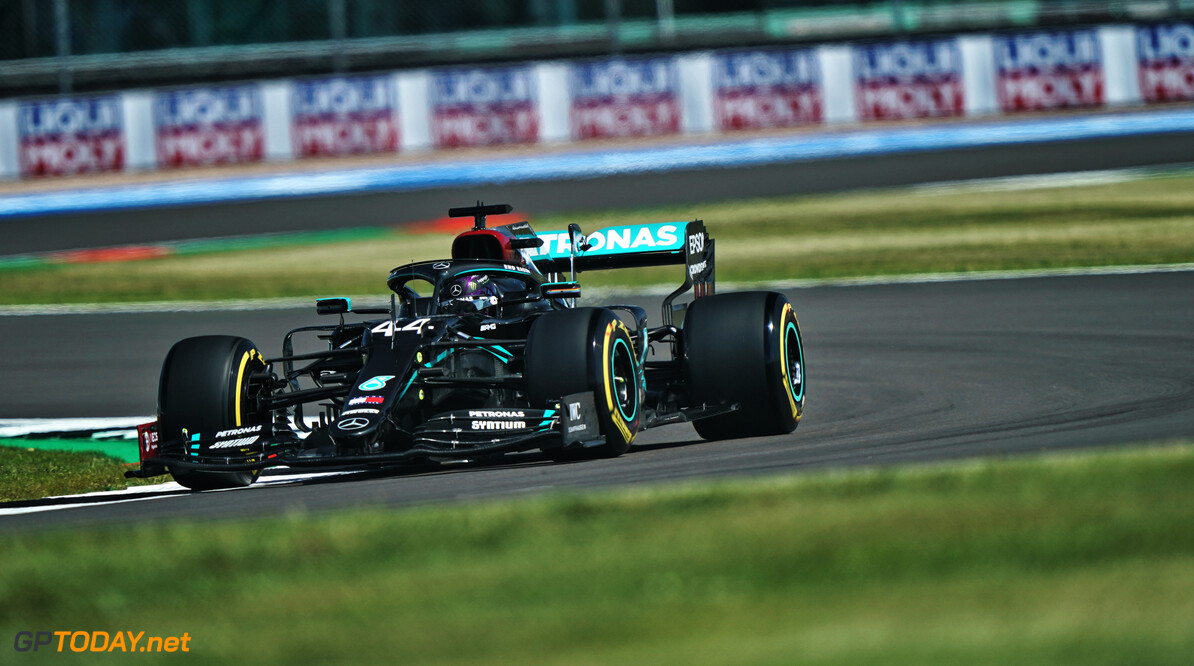 Mercedes ended Friday practice from the Silverstone Circuit with work to do, despite staying consistently towards the front of the timesheets.

Both Lewis Hamilton and Valtteri Bottas cited balance issues after the opening day of on-track action with the latter ending the second practice session in third place, one and a half tenth down on Lance Stroll.

Hamilton was fifth fastest in the afternoon and admits that his day of driving was “difficult’ due to the upset balance of the W11 car.

“It was quite a difficult day, to be honest,” Hamilton said. “I think it’s always windy here which is a good thing about this track, you got some wind in different directions, but it made it tricky today with the car.

“The balance is not as good as I would like. We’ll just work on it tonight and see if we can figure it out. It’s not a disaster but it’s definitely been a hard day of driving.

“The balance was not right, so I was just not feeling comfortable in general, but we went back out and I think the tyres weren’t as good as the first ones. That was the main reason.

“But we’ll work through it. We’ve got great engineers, that’s the great thing about this team is we continue to dive deep into the details and hopefully make some good changes overnight.”

Friday running comes to an end at @SilverstoneUK with VB in P3 and LH in P5. Solid work out there today, Team ? pic.twitter.com/aEBntzh2s7

Bottas mirrored Hamilton's comments but admits he had a stronger feeling in the cockpit in FP2 compared to the morning session.

“I think the first session particularly was a bit more tricky balance-wise, so there’s obviously still work to do,” the Finn said.

“But in practice two, it was actually not a bad feeling. The gaps are quite small and normally we are able to make some good steps for qualifying. So, I’m not too worried really, because the overall feeling is quite good.”

With conditions at Silverstone hotter than normal, overheating was an issue for many of the drivers - however, Bottas says that it is nothing that has deeply worried him.

“Racing Point and Red Bull they seem quite strong as well, but it’s going to be completely different conditions tomorrow, with a lot less track temperature and the wind is going to change direction quite a bit and that normally has quite a big effect on this track.

“For sure we had some overheating, but I don’t know. I’m just not too worried. We’re just going to focus on our things tonight, see how much we can squeeze more performance [out] and hopefully, it’s going to be enough.”