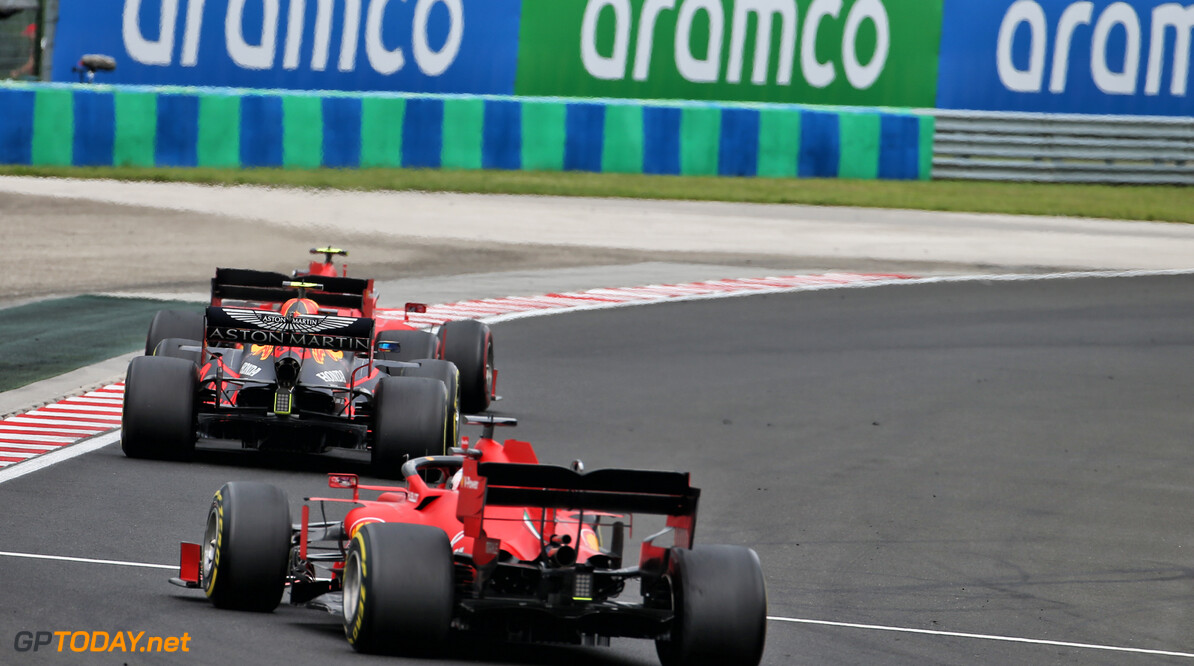 Vettel: Not possible to finish further than fifth or sixth

Ferrari's Sebastian Vettel believes that the team were only capable of a sixth-place finish during this afternoon's Hungarian Grand Prix, which he managed to finish after losing fifth to Red Bull's Alexander Albon.

Vettel got a good start of the line as Valtteri Bottas struggled ahead to take third on the opening lap, but slipped down the order as the race went on. He recovered to fifth position before a charging Albon took the place in the closing laps to relegate the German to sixth.

Vettel said that the expected performance of the SF1000 was now 'back to normal,' after the two opening rounds in Austria were unable to give the team a clear insight into the car as Vettel hit problems in both races.

Speaking also about the performance of the car during the race, Vettel expressed his belief that the team would not have been able to finish any higher than fifth or sixth given the pace of the cars ahead

"Yeah, it was back to normal," Vettel explained.

"Obviously, Austria one was the outlier and Austria two didn't happen and now we are here. I think, probably today this is where we could have finished, arguably fifth or sixth, but probably not further up."

'Not a surprise' to be lapped by Hamilton

After being asked if it was a surprise to be lapped by race winner Lewis Hamilton during the race, Vettel said that it was obvious that Hamilton would lap him before the race due to the superior performance of the Mercedes W11.

Hamilton led the race for a lights-to-flag victory despite some early worries about engine performance and managed to lap every car on the grid up to Vettel's sixth position.

"No. You are surprised?" Vettel questioned.

"It was already clear he would lap us before the race, so it was not a surprise."