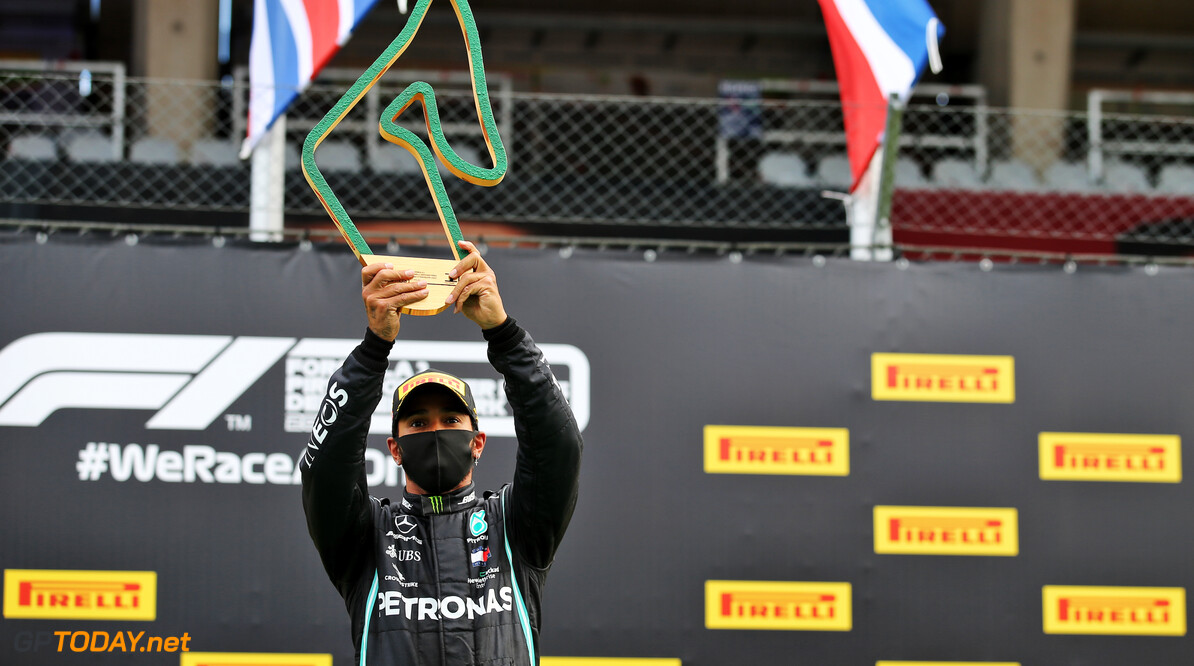 Hamilton 'over the moon' after 'psychologically challenging' first race in Austria

Lewis Hamilton has expressed his elation after winning the Styrian Grand Prix on Sunday, recovering after a shaky opening round to the season one week ago.

For the season-opening race at the Red Bull Ring last Sunday, Hamilton received a grid penalty shortly before the start of the Austrian Grand Prix, demoting him from his front-row start.

He was later denied a podium result following a collision with Alexander Albon, as a five-second time penalty saw him drop from second to fourth place.

However, the six-time world champion took pole position for the Styrian Grand Prix by 1.2 seconds and capped the weekend off with an unchallenged run to the chequered flag.

“The last weekend definitely was psychologically challenging - to be called into the stewards on Sunday morning just before the race and then another [penalty] in the race,” Hamilton told Sky F1.

“It's never easy but there's nothing you can do about the past. All you can do is focus and channel your energy to the future.

“So I just made sure I stayed here, trained well, ate well, slept well and work hard with Bono and the guys to understand where last weekend went wrong and correct it this weekend.

“This is a track, I don't why there are tracks that some drivers are stronger than others, but this is one of my weak circuits.

“So to get a performance like this today, I'm over the moon. I'm so happy. But I do also know there is a long way to go.”

Hamilton also commended the Mercedes team for taking a knee before the race, which he says reflects the unity that exists within the group.

“We've had so much success over the years. The easiest thing is to lose focus, to ease up and lose determination I guess.

“I don't see this happening in the team, it doesn't seem to happen for us. The guys back at the factory are relentless, the guys here continue to be passionate about what they do.

“We're so united and you saw today on the grid when we all took the knee together, that's showing of Mercedes: 'We are learning'. And they are learning along the way, being accepting of change.

“But also when we're talking about the car, they jump right on it. They don't jump to conclusions, they do great research and this weekend we've not had any problems thankfully.”