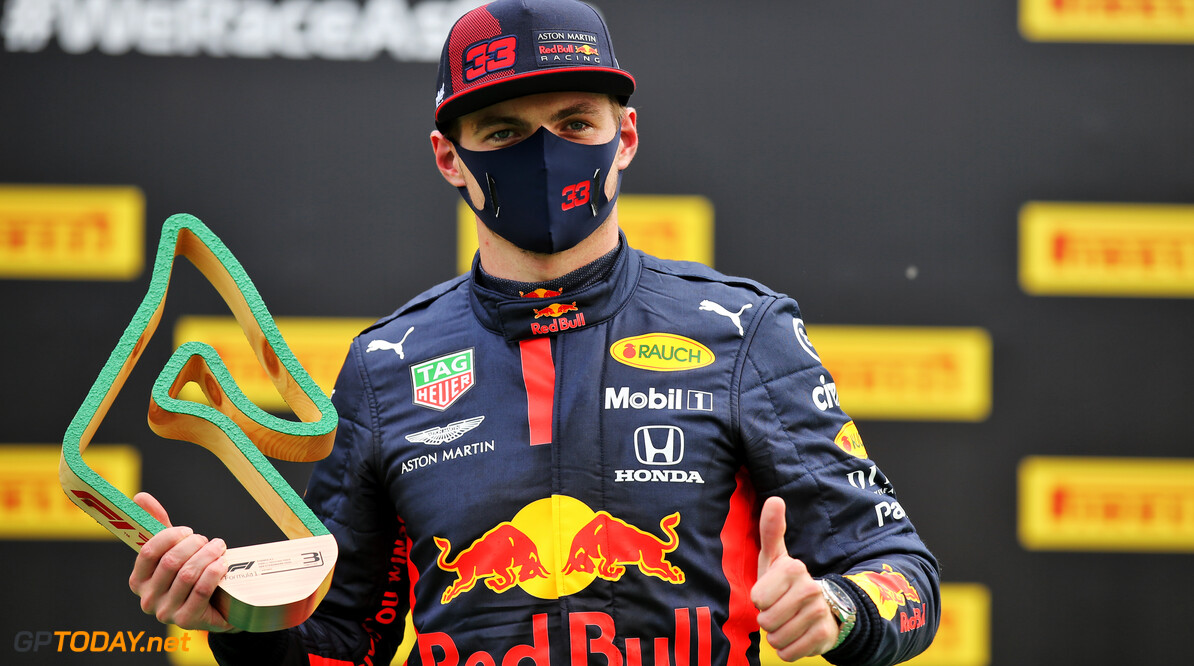 Red Bull was “just a bit too slow” in its fight against Mercedes during the Styrian Grand Prix, according to Max Verstappen.

The Dutchman crossed the line in third place after being overtaken by Valtteri Bottas towards the end of the grand prix.

Verstappen tried to fight off Bottas and recaptured the position on the Finn's first attempt, however the fresher tyres on the Mercedes aided Bottas' charge to second place on lap 67.

Verstappen couldn't mount an attack on Hamilton during the opening stint of the race, with both cars equipped with the soft tyres.

“I tried [to fight] but we are just a bit too slow,” Verstappen said. “I pushed as hard as I could. Also when Valtteri tried to pass me, I tried to make it a bit difficult. I knew he was going to get by one lap later.

“But it was fun, because the rest of the race was pretty boring. A podium is good but there's still a lot of work to do.”

Brilliant stuff from Verstappen and Bottas

Max holds off Valtteri before the Finn finally gets past and up to P2 #AustrianGP ?? #F1 pic.twitter.com/pbpl1mQJwe

F1 will now depart from the Red Bull Ring after two consecutive races at the Austrian venue and travel to Hungary, where Verstappen almost won last year before a late-race overtake by Hamilton.

When asked if Red Bull will be in a better position to fight next weekend, Verstappen said: “I don't know yet. We'll look into it and see next week.”

Verstappen currently sits seventh in the drivers' standings, with his 15 points from Sunday his only score so far following his DNF last weekend.