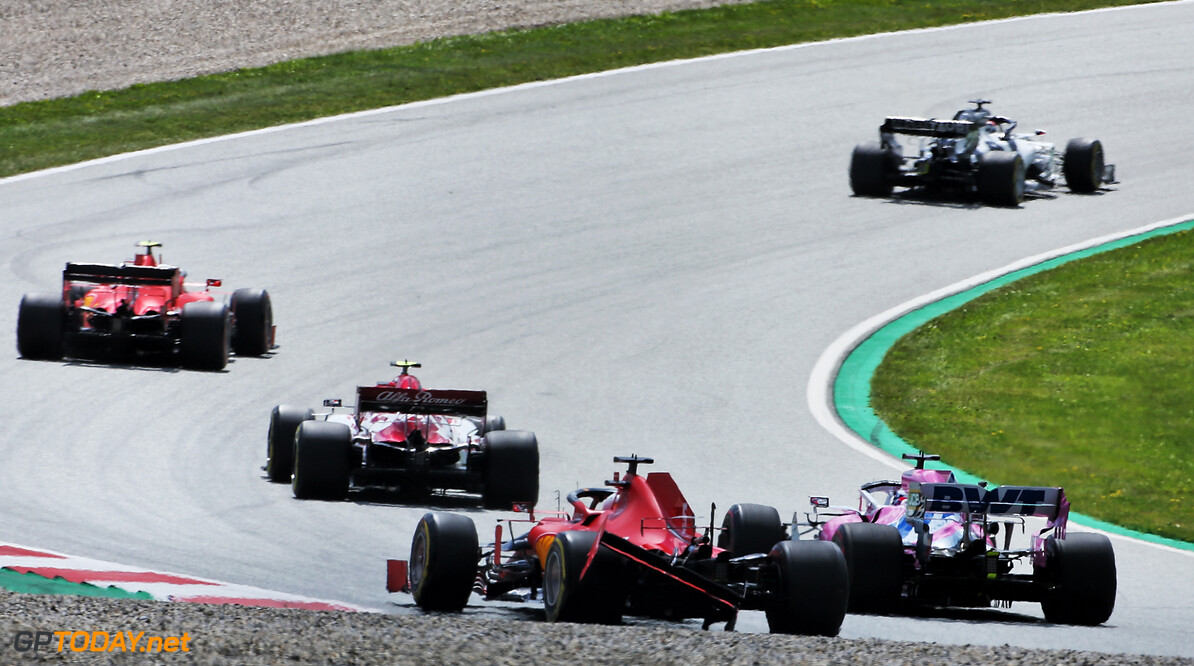 Charles Leclerc has taken the blame for his clash with teammate Sebastian Vettel on the opening lap of the Styrian Grand Prix.

The duo came together at Turn 3 after Leclerc mounted the inside kerb, which launched his car into Vettel who was to his left.

Speaking after the race, Leclerc said that he apologised to Vettel after seeing him in the media pen following the double retirement.

“Well I apologised. Obviously, excuses are not enough in times like this. I'm just disappointed in myself,” Leclerc said.

“I've done a very bad job today, I've let the team down. I can only be sorry even though I know it's not enough, I hope I will learn from this and come back stronger for the next races.

“It's a tough time for the team, we don't need that, the team doesn't need that and I put all the efforts of the team in the bin. I'm very sorry but it's not enough again.”

I am disappointed in myself. I'm sorry but being sorry is not enough. Seb hasn't got any faults today. I've let the team down after them working a whole week to bring the updates early. Too eager to gain those places in the first lap. I will learn from it.

Vettel stated he was surprised to find Leclerc launching an attack through the corner, as the German was already going three-wide with a Racing Point and a Haas car.

“I was fighting two other cars, we were already three cars into Turn 3,” Vettel said. “I was very surprised, I had the inside and I was not expecting Charles to try something.

“I don't think there was any space. Obviously it's a big pity, it's something we should avoid but [there's] not much I could have done differently. I was just taking it easy and conservative because it was already very busy.

“It's a hairpin, it's very tight, and just trying to place my car for the next straight but by then I realized that I had quite a lot of damage on the front. I don't think there was space, that's why we collided.”

Ferrari brought upgrades to the weekend after a difficult opening round to the year last weekend, with Vettel labelling the scenario as a shame as it did not collect any race data heading to Hungary.

“That is a shame, it was a bonus to come here with the same track and also today is very similar in terms of the conditions,” Vettel said.

“But we will not get that answer I'm afraid, the car felt a lot better on Friday and back to where it was last week, up to the point where it went in the wrong direction. It's a shame for the updates because we would have liked to get the laps to see where the car is.”