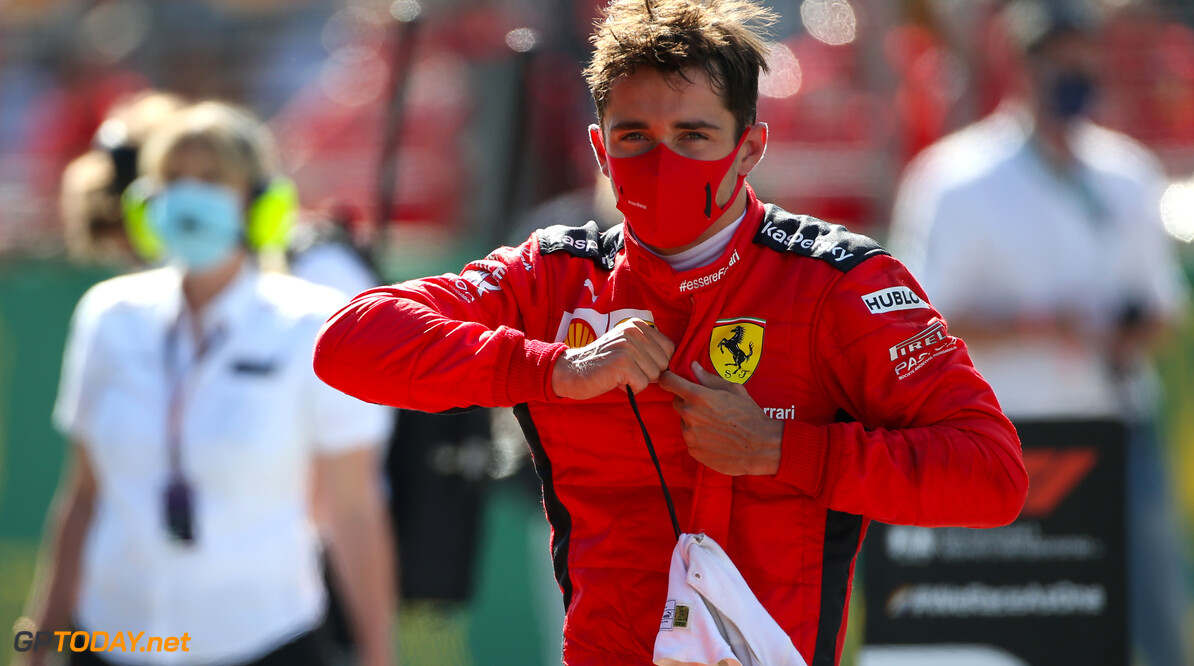 Ferrari's Charles Leclerc has exclaimed his delight at finishing second in the Austrian Grand Prix, despite not having the pace in the car to challenge upfront.

Speaking after the race, Leclerc believed that his podium was down to luck thanks to the five-second penalty given to Lewis Hamilton, but said that the main goal of the whole weekend was to push as hard as possible.

Leclerc had originally started seventh in the race, but thanks to two safety cars, he worked his way up to third which became second with Hamilton's penalty, with daring moves on Lando Norris and Sergio Perez in the closing laps of the race.

"It is a huge surprise but a good one," Leclerc said.

"I think we did everything perfect today, to be honest, to finish second. We had luck obviously with Lewis' penalty and with some crashes here and there but that's part of the race too.

"That was the goal. To take every opportunity we had even though we didn't have the pace to finish where we were."

Leclerc also spoke about his problems with restarting under the safety car, claiming that he was losing time during each restart coming through the first corner, leaving him vulnerable on the long run down to turn three.

This allowed him to take a more aggressive approach against the cars ahead, namely Norris and Perez, and prompted him to chance overtakes into turn three from a long distance.

"I wanted to be very aggressive because after every safety car I was struggling in the exit of turn one all the way to turn three," Leclerc explained.

"I knew there was no opportunity for me here but I knew an opportunity would come if someone will do a mistake and Lando slowed down a little bit with Sergio at one point and I just went for it.

"The other one with Sergio was pretty tough, but I really enjoyed it."