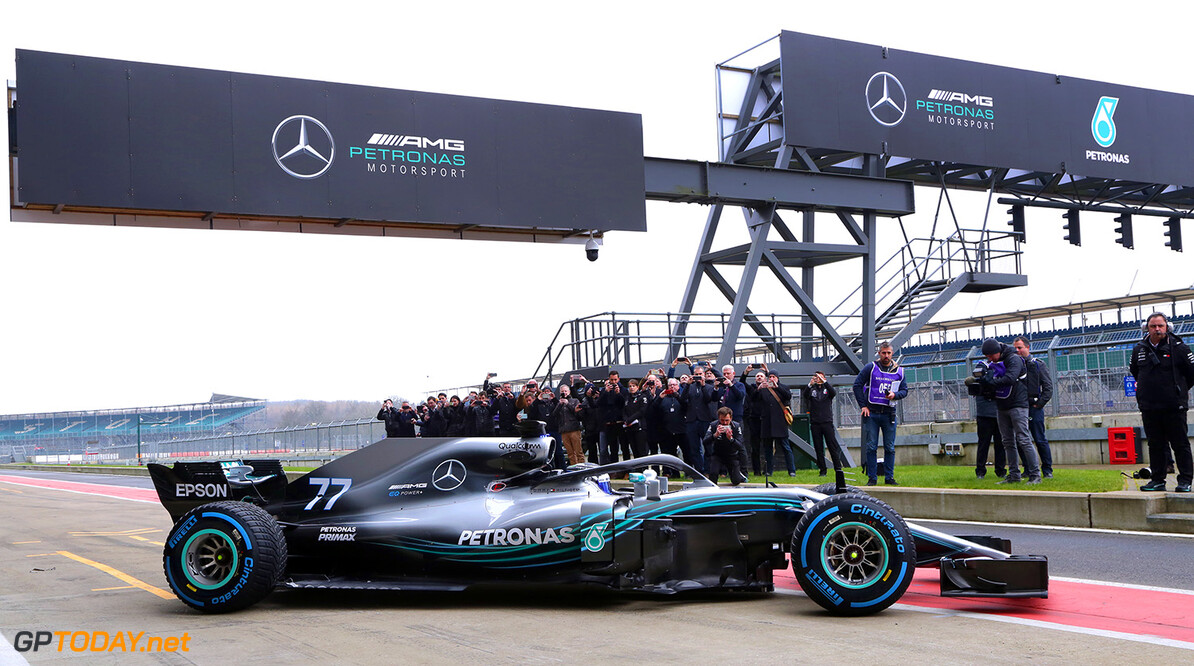 Mercedes to conduct private test at Silverstone ahead of F1's return

Mercedes has announced that Lewis Hamilton and Valtteri Bottas will take part in a two-day test at Silverstone next week in preparation for the start of the 2020 season.

The duo will drive the W09, which the Silver Arrows used to compete in the 2018 Formula 1 season.

Tight testing restrictions in F1 mean that teams are not allowed to run cars on the track that are associated with the regulations of the previous season, the current season, and the following season.

Therefore, the W08 is the most recent Mercedes car that the team can use on a track outside of official F1 sessions.

Bottas will be behind the wheel of the car on Tuesday, June 9 before Hamilton steps into the cockpit on Wednesday. Mercedes says that it is practising protocols ahead of F1's official return next month.

Mercedes enters the 2020 F1 campaign searching for a seventh consecutive drivers' and constructors' championship, having dominated the series throughout the turbo-hybrid era.

Hamilton is also aiming for his seventh world title, which will pull him level with Michael Schumacher on the all-time championship tally list.

Lando Norris has been testing a Formula 3 car ahead of his return, while other drivers, including Pierre Gasly and Kevin Magnussen, have been go-karting.

NEWS: We'll be back on track next week @SilverstoneUK!

Valtteri (Tuesday) and Lewis (Wednesday) will drive the 2018 Mercedes W09 in a two-day test as the team practises protocols ahead of returning to racing in Austria next month ? pic.twitter.com/yMOTqnajiA