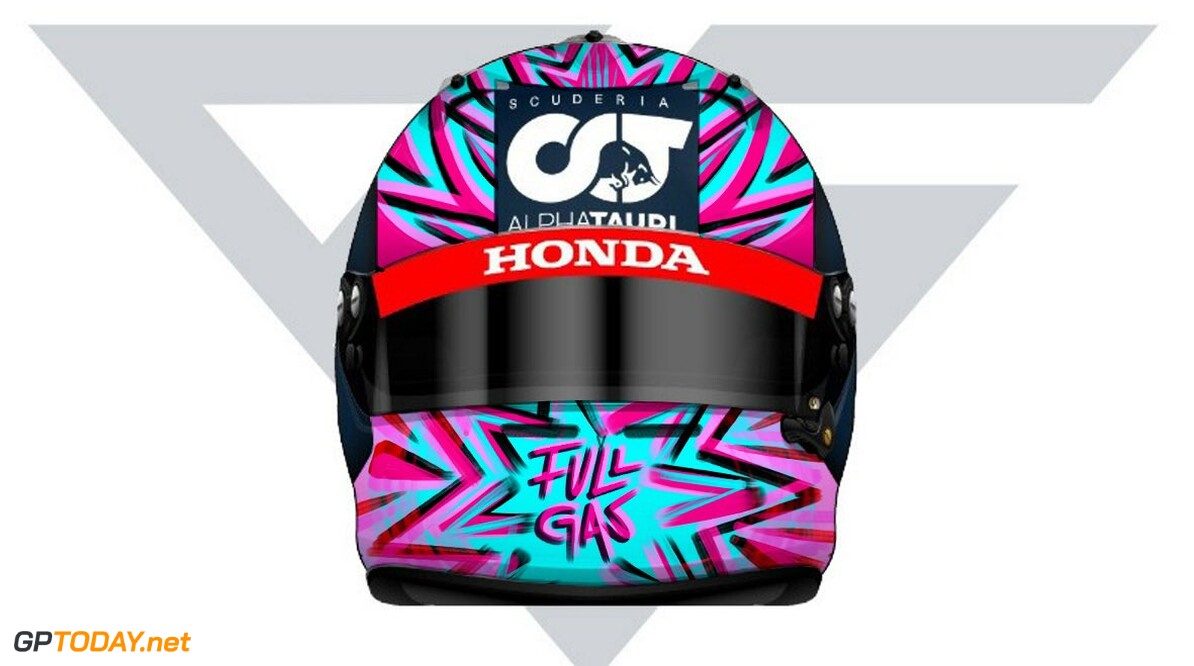 Pierre Gasly has unveiled a new helmet design that he will use for the 2020 season opener later this year.

The helmet was created by a fan, with Gasly stating that he wanted “to go for something quite different & new” with the livery.

Earlier this year, it was confirmed that drivers would be able to change their helmet designs between races, a rule that was previously set at one different design per season.

At pre-season testing, Gasly used a red and blue helmet design, similar to the colour scheme he used throughout the 2019 season.

However, for the first race of the year, which is expected to be in Austria at the beginning of July, the Frenchman will take advantage of the new helmet rules in place and wear bright blue and pink colours.

2020 will be Gasly's third full season in F1, having rotated between Toro Rosso and Red Bull over the last two years.

Toro Rosso was renamed to AlphaTauri for the 2020 campaign, with the team retaining its line-up from last year of Gasly and Daniil Kvyat.

Here it is! Thanks @LitzelArt for your design.🙌 This is the helmet I’ll wear for the first race of the season. I wanted to go for something quite different & new. Thanks for all your designs,so many were amazing, and I’ll use some of your ideas for the rest of the year! #FullGas pic.twitter.com/czjlOX6bKm