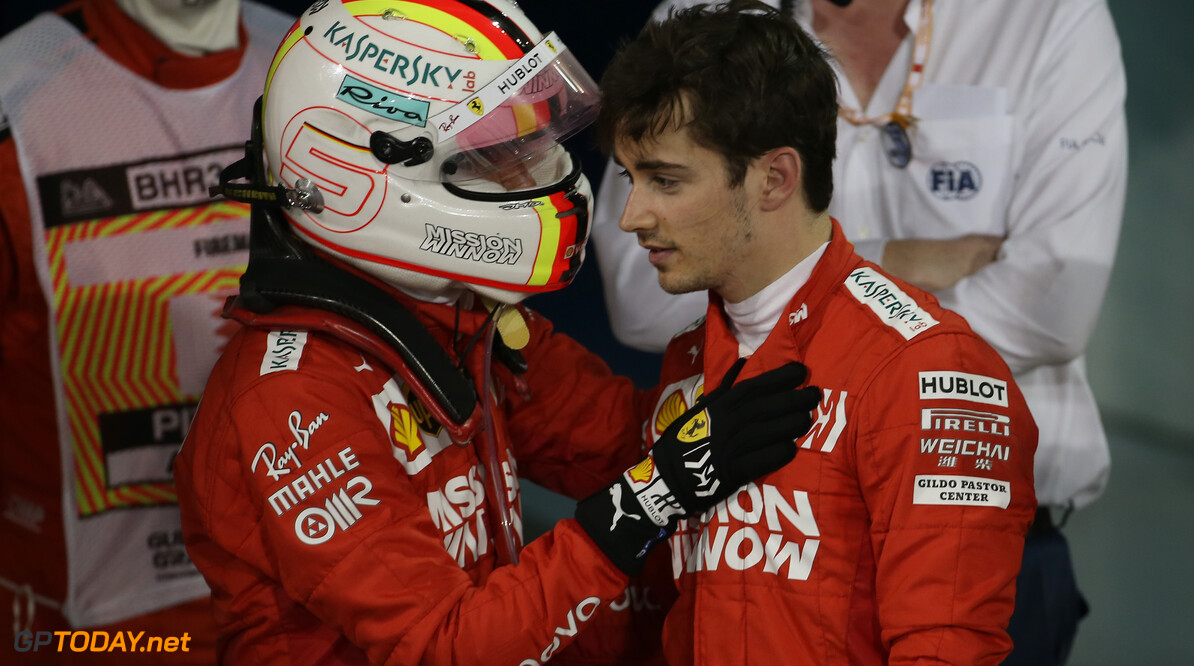 Leclerc 'never learned so much' as he did partnering Vettel

Charles Leclerc has sent a short message to Sebastian Vettel on social media following Ferrari's announcement that Vettel will leave the team at the end of the year.

Leclerc joined Vettel at Ferrari in 2019, in what was Vettel's fifth year at the Italian squad.

The season was filled with tense moments involving the pair, which reached its peak at the penultimate race of the campaign when both drivers collided in Brazil, sending them both out of the grand prix.

Leclerc affirms that respect was always maintained between the duo despite their rivalry on the track.

“It's been a huge honour for me to be your teammate. We've had some tense moments on tracks,” Leclerc wrote on social media.

“Some very good ones and some others that didn't end as we both wanted, but there was always respect, even though it wasn't perceive[d] this way from the outside.”

Leclerc added: “I've never learnt so much as I did with you as my teammate. Thank you for everything Seb.”

The Monegasque racer signed a new long-term contract with Ferrari in late 2019, extending his stay until at least the end of the 2024 season.

Vettel's future is currently unknown, as he has been linked to seats at Renault and McLaren, as well as a full departure from the sport.

It's been a huge honor for me to be your team mate. We've had some tense moments on tracks. Some very good ones and some others that didn't end as we both wanted, but there was always respect, even though it wasn't perceive this way from the outside.
1/2 pic.twitter.com/cN0E9t3huw