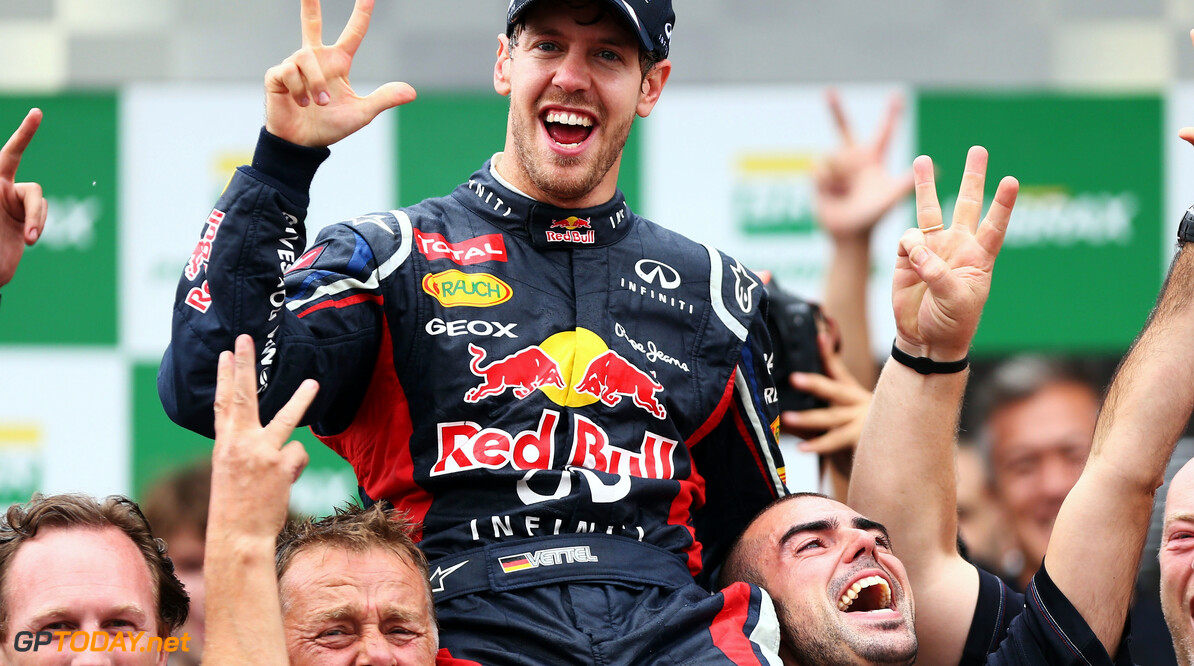 F1 to stream the 2012 Brazilian Grand Prix on Saturday

Formula 1 has announced that it will stream one of the most memorable races in recent F1 history on Saturday, April 25th, showcasing the 2012 Brazilian Grand Prix.

Heading into the event, Sebastian Vettel led Fernando Alonso in the drivers' championship by 13 points, as both men set their sights on their third world title.

McLaren starred in qualifying and locked out the front row, with Lewis Hamilton leading teammate Jenson Button, in what was the former's final race before joining Mercedes.

Mark Webber was third ahead of teammate Vettel, while Alonso started the race in eighth place behind Felipe Massa, Pastor Maldonado and Nico Hulkenberg.

Damp conditions threw the race outcome on its head and the excitement that the unpredictable nature of the event threw up is still cited today.

Formula 1 will begin streaming the race on its social media channels at 15:00 BST.