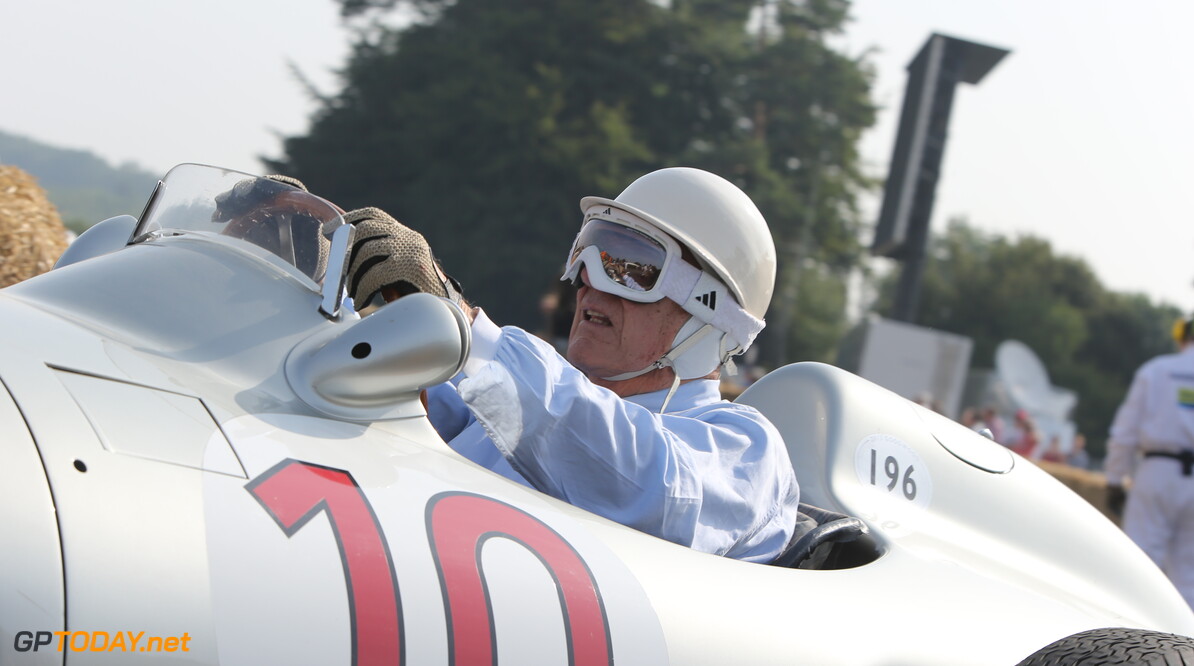 The 16-time F1 grand prix winner had close ties to Mercedes, competing for it during the 1955 F1 season, and winning the Mille Miglia with the German manufacturer in the same year.

MORE: Tributes made to the deceased Sir Stirling Moss

Wolff says that following the passing of Moss, motorsport will never see his like again.

“Sir Stirling Moss' accomplishments only became clear to me when I did the Mille Miglia myself. Aldo Costa and I embarked on the adventure and we realised the danger and courage those guys back in the day had to put at stake in order to be competitive.

“It elevated my opinion of Sir Stirling Moss to the highest possible of a racing driver, because only a very brave man can win this two-day event on national roads in Italy.

“The last time I met him was with my wife Susie and his wife Susie. I'm very sad to hear about his passing.”

Wolff described Moss, who retired from public life just over two years ago, as a personality that was “larger than life”.

“Sir Stirling was a larger-than-life figure in our sport and one of the survivors of an age when motor racing was about danger, bravery and camaraderie.

“But most of all, Stirling’s career was characterised by an impeccable sportsmanship and in this he truly set himself apart.

“He was a great figure in the history of Mercedes, both as a Grand Prix driver and the winner of the 1955 Mille Miglia.

“It is no exaggeration to say that we will never see his like again. Our deepest condolences go to his wife Lady Susie, his family and his friends. Godspeed to a true racer.”