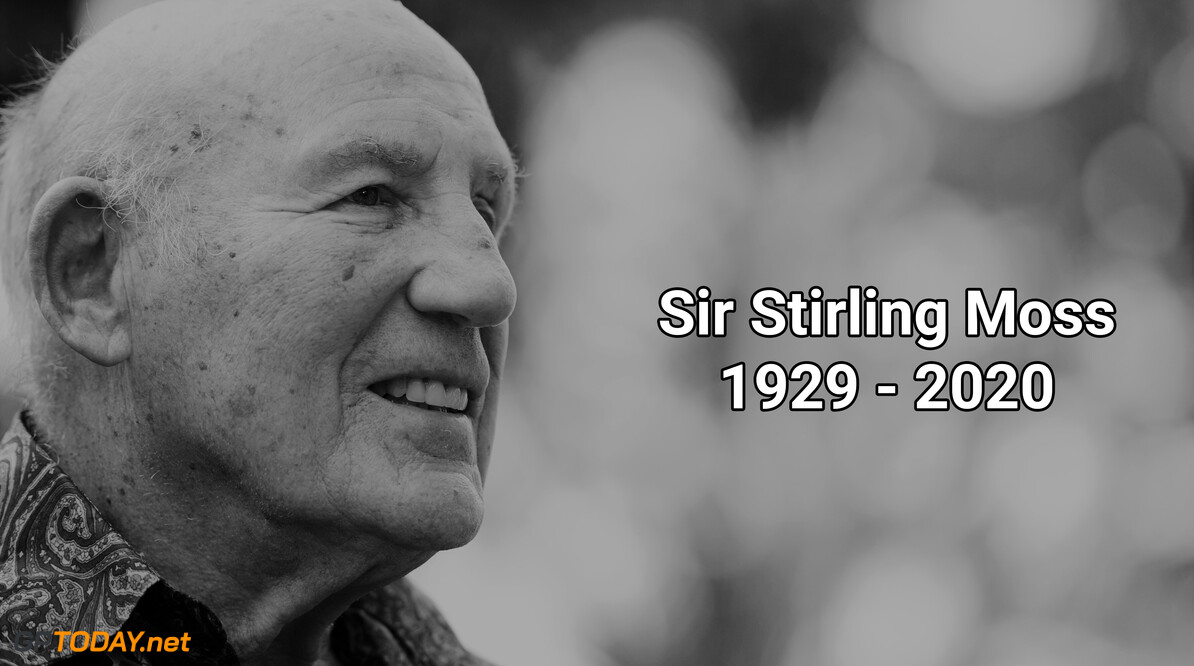 Tributes made to the deceased Sir Stirling Moss

Sir Stirling Moss died on April 12th, 2020 with his wife Lady Susie Moss by his bedside. During the morning of Easter Sunday, tributes have been pouring in on social media for the Briton.

Today, the sporting world lost not only a true icon and a legend, but a gentleman. The Team and the Mercedes Motorsport family have lost a dear friend. Sir Stirling, we’ll miss you. pic.twitter.com/XEsDf68A7r

All at McLaren mourn the passing of a legend of our sport, Sir Stirling Moss. A prodigious competitor, supremely talented racer, and consummate gentleman, he leaves an indelible mark of greatness on the history of international motorsport. Our condolences to his family. pic.twitter.com/c3vdzTuFgN

A true icon of our sport.

Our thoughts and condolences go out to his family & friends.

Heartbreaking news this morning. Sir Stirling Moss was amongst the best of the best, on and off the track and didn’t need a world championship to prove it. RIP you wonderful man and thankyou x

Our condolences to his family and loved ones. pic.twitter.com/SsU2mTUpde

Today we send our kindest thoughts and condolences to the loved ones of Sir Stirling Moss, a gentleman whose talent and resolve inspired millions across generations. Rest in peace.

Today the motorsport world lost one of its legends.

RIP Sir Stirling Moss. Our deepest condolences go out to his family and loved ones. pic.twitter.com/g10nOMsJpC

Very sad day. Stirling Moss left us after a long fight. He was a true legend in motor sport and he will remain so forever. My thoughts go out to his wife Suzie, his family, his friends #Stirling ___Escaped_link_61f51d36a7e55___ pic.twitter.com/6nRz0irtrl

Only had the pleasure of meeting him briefly a couple of times but even that was enough to understand why he was so highly respected.

My thoughts are with his family.

RIP Sir Stirling Moss. A mighty racer and gentleman. He had a press on style on the track and in life. Remarkable man. Survived the most dangerous era of motorsport and died today aged 90. He had such great stories to tell, and it was a privilege to know him. ?

Sir Stirling Moss was a fierce racer and most likely the best driver to never win a world F1 drivers championship. His charm held a rooms attention and it was a pleasure to have known him. Look closely and you will see why I love the first photo so much. #sirstirlingmoss #rip pic.twitter.com/7571xbMqjF

Today we have lost a true legend of motorsport. A formidable racer and a real gentleman.

Our thoughts are with his family. pic.twitter.com/WUuNvergkF

Only had the pleasure of meeting him briefly a couple of times but even that was enough to understand why he was so highly respected.

My thoughts are with his family.

Saddened to learn of the passing of Sir Stirling Moss. One of the sport's true greats. Our thoughts this weekend with his family and friends. pic.twitter.com/FQYgJz11yL

RIP Sir Stirling Moss. What an incredible privilege to have met him. He made the #F1 community a better place ❤️