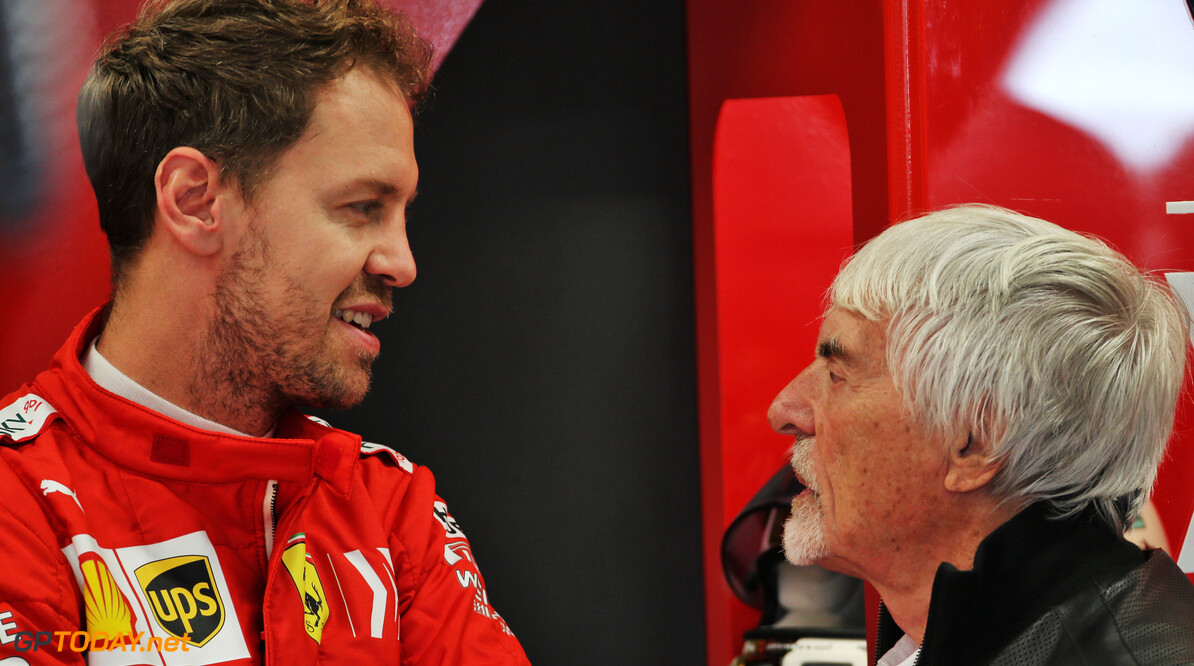 Ecclestone suggests Vettel should retire or move to McLaren for 2021

Bernie Ecclestone has suggested that current Ferrari driver Sebastian Vettel should either move to McLaren or retire from the sport completely, believing the German driver has nothing more to gain at the Italian team.

With Vettel's contract with the team expiring at the end of 2020, it is rumoured that Ferrari is looking at offering the former world champion a year's extension to the contract at the cost of a 'significant' pay cut.

However, former F1 bosses Ecclestone believes that the confidence shown by Ferrari in Charles Leclerc shows that Vettel is no longer needed within the team, with McLaren being the only viable option apart from retirement.

"I think that Sebastian’s performance has recently suffered under the Ferrari constellation with new team-mate Charles Leclerc, who is also managed by the FIA President’s son," Ecclestone told F1-Insider.com.

"I suspect he doesn’t see Binotto as the supporter he needs in his situation. Sebastian should therefore stop or look for alternatives for 2021. McLaren, once again with Mercedes engines, could be one."

McLaren team principal Andreas Seidl has been rumoured to be looking a Vettel as a potential replacement for Carlos Sainz should he look to leave the team after his contract ends at the end of this year.

However, Seidl is confident that Sainz will stay within the team for 2021, and hopes that the team can do enough to keep the young Spaniard alongside Lando Norris for a potential third season.

Sainz himself has recently confirmed that he has started contract talks with the Woking-based squad for 2021, potentially dismissing recent rumours that Sainz could move to Ferrari alongside Leclerc, with Vettel moving to McLaren.

Sainz insists that he is currently happy within McLaren at the moment and ensured that he has not been phased by the recent rumours.