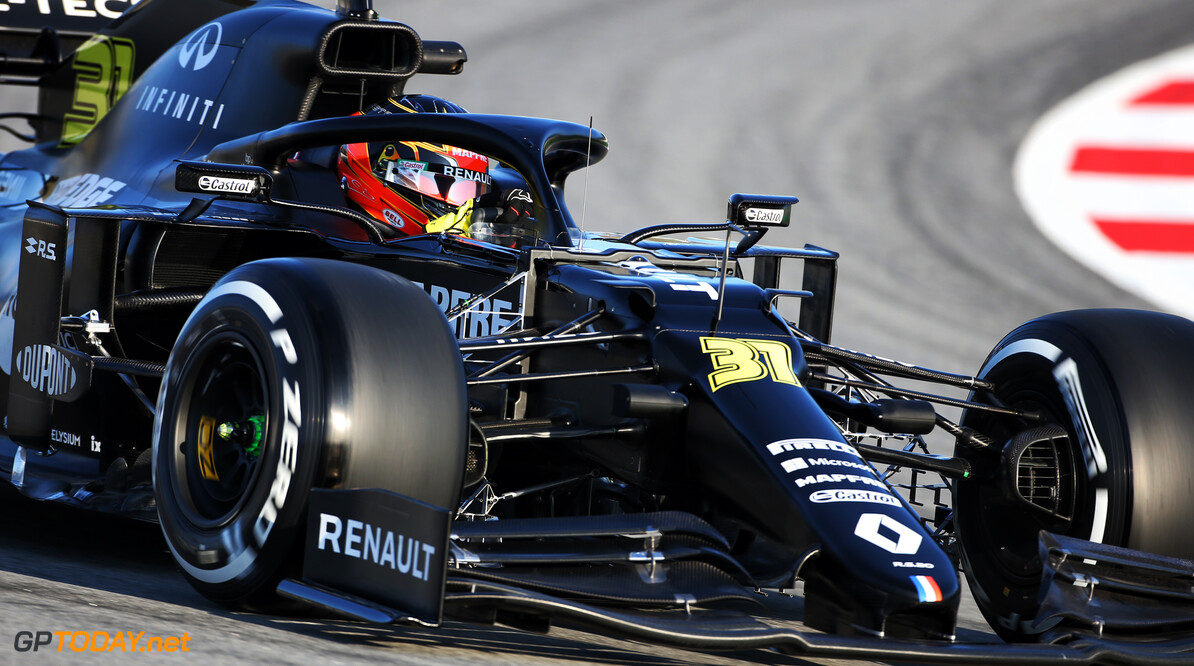 Renault has started off its 2020 campaign in an all-black livery for pre-season testing in Barcelona.

The car was not officially presented this year, as the Enstone squad held a season launch event in Paris in which it teased with pictures of the car.

It confirmed that the R.S.20 would run in a testing livery, however during shakedown runs at Barcelona earlier this week, it used the yellow and black colour scheme from 2019.

Esteban Ocon debuted the car on Wednesday morning, and will hand over driving duties to Daniel Ricciardo in the afternoon,

The team is searching for a more positive 2020 season compared to 2019, when it failed to stay as the top midfield team in the field.

After losing out on fourth place to McLaren, Renault is looking to reclaim the position as it sets a plan to close in on the top three teams, who still boast a big gap over the rest of the grid.

Renault has confirmed that it will return to a yellow livery for the opening race of the season in Australia.