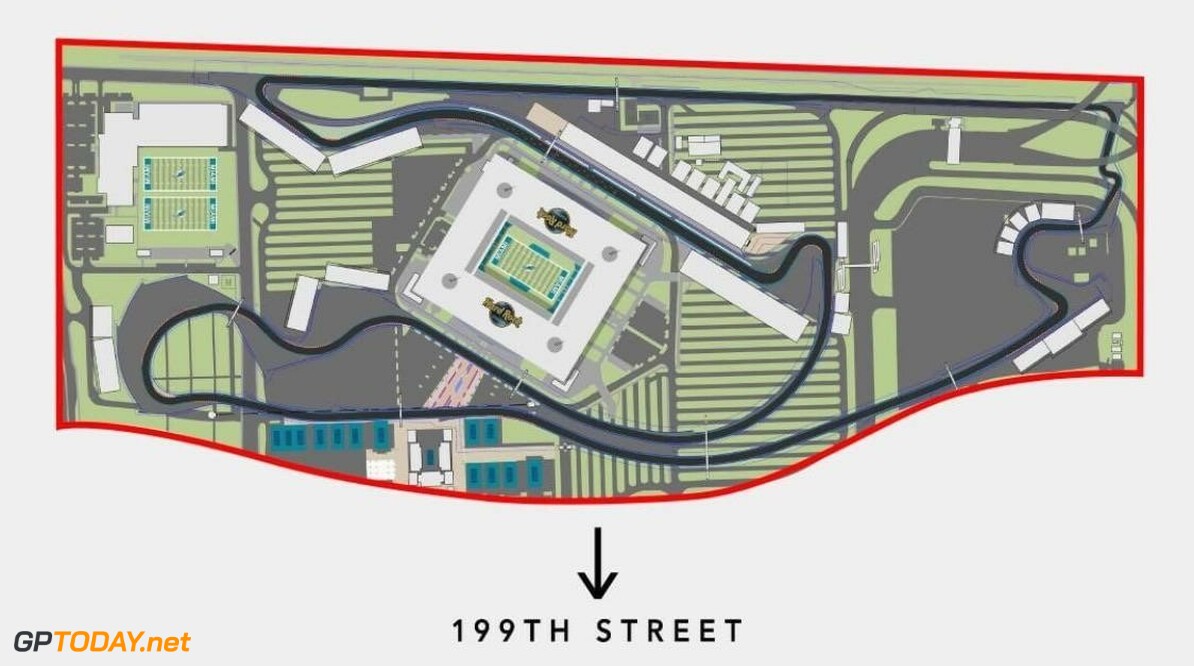 Miami has presented a brand new circuit layout as it continues to push to secure a race on the Formula 1 calendar.

The layout uses the car park around the Hard Rock Stadium and avoids any use of 199th street, which previously was a sticking point for many local residents.

In October, it was agreed that the city of Miami has an agreement in principle with Formula 1 to host a world championship round in the 2021 season.

However, there has been local unrest in the city by civilians, with F1 affirming that it is pushing to address the concerns that have been voiced.

On Wednesday, the County Commission will vote on a measure put forward by Commissioner Barbara Jordan in an effort to revoke the Hard Rock Stadium’s current zoning rights and prevent the race from taking place.

“The Formula 1 Miami Grand Prix is another example of a world-class event coming to our region.  Like the Super Bowl, an event like this provides a unique opportunity to proudly showcase our region to the world,” said Tom Garfinkel, Miami Dolphins and Hard Rock Stadium Vice Chairman and CEO.

“We want these events to benefit everyone in the region, including local Miami Gardens residents, and we look forward to working with Superintendent Carvalho, Dr. Steve Gallon, and the District to bring innovative STEM programming to local students, such as ‘Formula 1 in Schools,’ a global engineering competition.”

F1 added that all Friday activities at the track would not start prior to 3PM, as to not disrupt the schools in the local area.