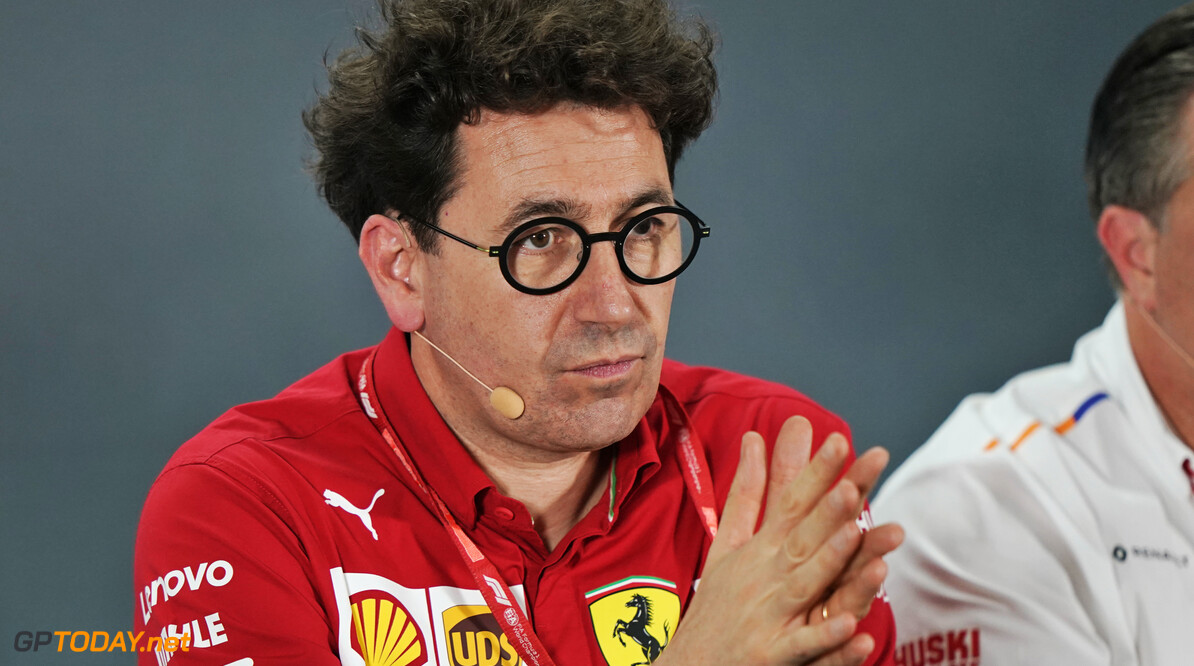 2021 pecking order will not be very different to today - Binotto

Ferrari team principal Mattia Binotto has spoken out about the new regulations coming into F1 in 2020, stating his belief that the initial year will not change much for the current top teams.

Binotto believes that the new rules will eventually work towards creating a more level field for all teams, but said that 2021 will not change much compared to the current field.

MORE: Binotto: Ferrari is 'getting used' to Vettel/Leclerc rivalry

Binotto thinks that the current top teams, such as Ferrari and Mercedes, should be able to have more of an advantage going into the new regulations thanks to having more resources and money at their disposal.

"These new rules will provide stability to F1 for the next five years, but next year I think the teams with more resources will have a competitive advantage over the others," Binotto told La Gazzetta dello Sport.

"In 2021, the scenario will not be very different from what we have today."

Gap between first and last will reduce within three years

However, Binotto says that as the years go on, the advantage that these teams enjoy will reduce thanks to new implications such as the budget cap and standardised parts, taking away the freedom the teams enjoy in these areas.

Binotto hopes that this can, in turn, reduce the competitive advantage that the top teams currently hold on the field and allow smaller teams to close up the gap to the front.

"Certainly the new regulations are designed in such a way that the degree of freedom of development will be greatly reduced compared to today," Binotto added.

"I am quite convinced that we will arrive at a ceiling of performance soon enough. Within three years of the regulations' introduction, the performance gap between the first and last will be reduced.

"In short, the goal that Liberty Media has set itself to level the playing field can be achieved, but it won’t happen immediately."