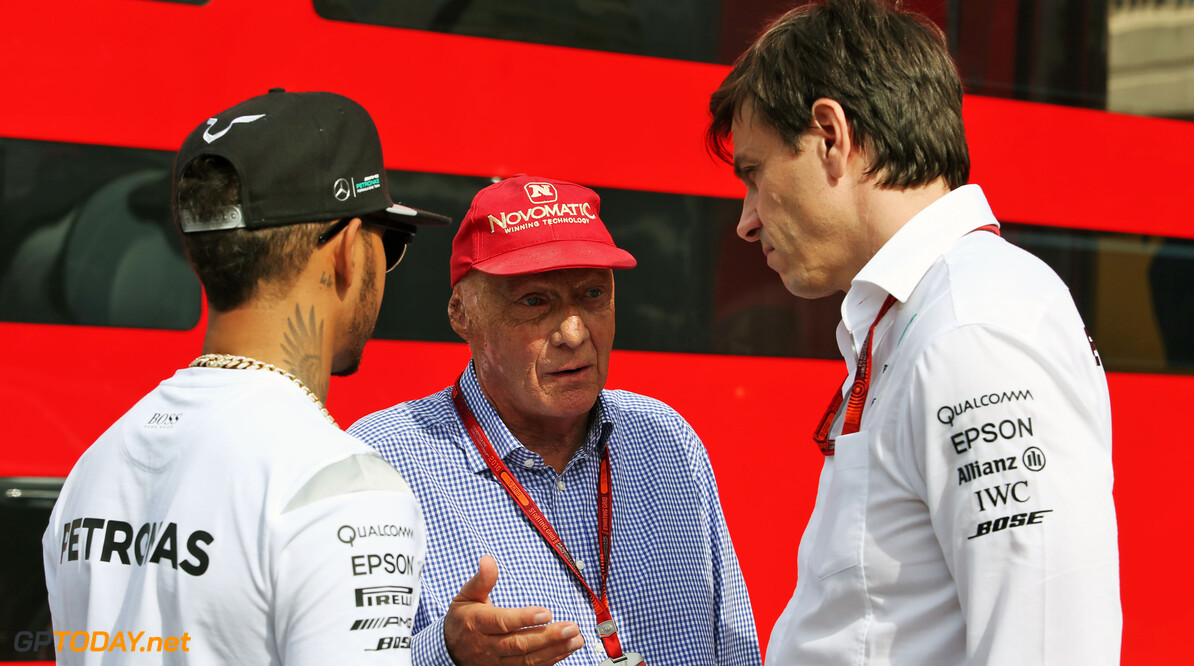 Mercedes team principal Toto Wolff insists he is still motivated to continue in Formula 1, but admits running the Silver Arrows without Niki Lauda is less fun.

Lauda passed away earlier this year before the Monaco Grand Prix, with the weekend full of tributes for the Austrian.

Wolff and Lauda oversaw proceedings together at Mercedes throughout its dominance that continued this year in the turbo-hybrid era, as it won its sixth consecutive double world championship.

Question marks have been raised over the future of Wolff at Mercedes, however the 47-year-old says he is still happy to continue.

"You have to recall that when Niki Lauda and I approached this adventure in 2013, we did so not only as employees but as shareholders in the team," Wolff told ORF.

"So the question is not just whether I take a job elsewhere, but whether I generally continue in Formula 1.

"At the moment I enjoy it, which is the most important thing I think. It's certainly less fun than when Niki was there, but the work continues to motivate me. As long as I believe I can contribute something, I will continue."

'Mercedes will continue in F1'

Mercedes' future in F1 has been brought into question in recent months. When the question of whether or not it would continue in the sport in the future, Wolff affirmed that it would.

"As an entrepreneur, you think long term," he said. "So you consider whether Formula 1 will continue to develop positively. I would answer that with yes.

"Do we have a common goal with Daimler? Also a very clear yes. Daimler and Mercedes build street cars and racing cars, that's our core business, and that's why we want to continue together."