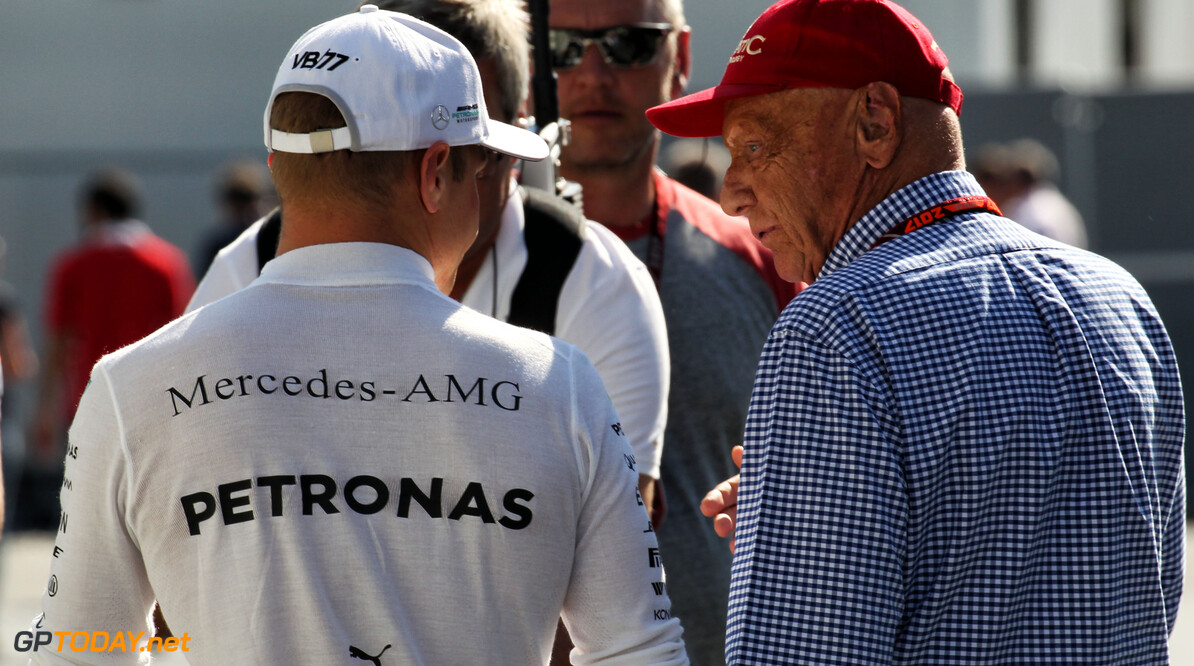 Bottas: Lauda inspired me through the difficult times

Valtteri Bottas says Niki Lauda helped him progress through difficult times during his career, as he was inspired to not keep his head down in tough moments.

Today marks one year since the three-time Formula 1 world champion passed away, which has seen senior Mercedes staff post a message in memory of the Austrian.

In 2012, Lauda was appointed as the non-executive chairman of the Silver Arrows and ran the team alongside Toto Wolff through its domination of the turbo-hybrid era.

Mercedes is yet to experience championship defeat in the V6 period of the sport. Bottas, who joined the German manufacturer as a driver in 2017, spoke about what Lauda meant to him.

“From Niki I learned to always trust your talent, never doubt it, to really always remind yourself that you should not doubt your driving style, the way you do your things in the car,” he said.

“I also learned from him not to let your head get to down from disappointments and how to recover from them quicker and to look forward to more positive times.

“He was the person that inspired me in the difficult times, he was always there with his support, for me to bounce back and to remind myself why I am doing this and that I am good enough to do it. He was very good at that.”

Lauda is arguably most famous for his crash at the 1976 German Grand Prix at the Nurburgring and the subsequent recovery he made following serious burns to his body.

Bottas says that Lauda's comeback is his favourite story about the 25-time grand prix winner, expressing amazement at his ability to do sit back in the cockpit of an F1 car.

“My favourite memory from Niki's racing career is definitely his comeback after his difficult accident where he suffered massive burns and he was really on the edge of life,” Bottas said. “How quickly he could recover and bounce back and go racing again.

“Hearing the stories that determination he had to be back in the car and racing again was so strong that he was racing so quickly after bad injuries and I am sure he was not pain-free completely. He was in massive pain but he loved racing that is why he did come back so quick.”