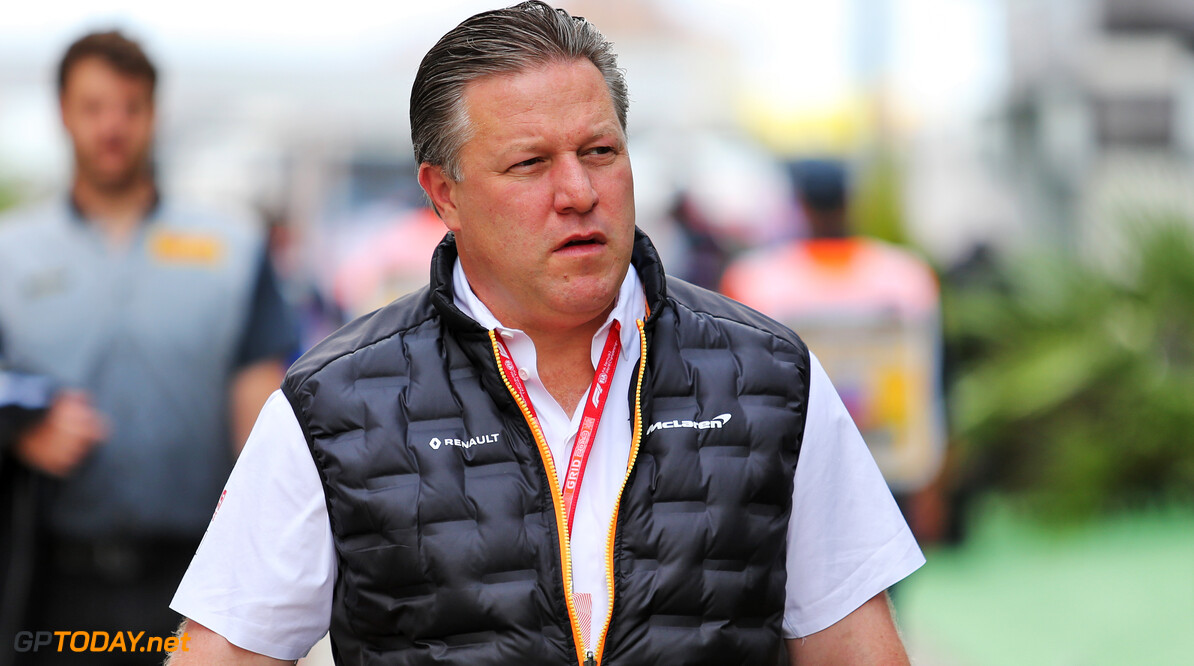 Norris a 'breath of fresh air' for McLaren - Brown

With his rookie season completed in Formula 1, Lando Norris has been met with high acclaim from McLaren team principal Zak Brown.

Brown explained how he sees Norris as a very grounded person for his age, having completed the majority of his first Formula 1 season at the age of nineteen.

Brown hailed Norris as a 'breath of fresh air' for McLaren and Formula 1, and said that despite his sometimes self-critical nature, he is very mature and fully focussed on becoming a better driver.

"I think as a nineteen-year-old rookie coming into Formula 1, with a McLaren we kind of take it for granted that these drivers can just come and settle in with the amount of pressure they have," Brown commented.

"I think he is a breath of fresh air and really honest with himself. I think even at times, with a session or a lap he is more critical than we are, and that means he constantly wants to improve.

"You can imagine that some nineteen-year-olds might not have that discipline but he looks in the mirror he could think he might just be a nineteen-year-old superstar coming up in Formula 1, but he is quite grounded."

Brown also acknowledged how he felt that the overall points tally from both Norris and teammate Carlos Sainz did not fully show how well they performed in 2019.

Both Norris and Sainz suffered numerous failures and issues throughout the season, such as Norris breaking down with only a lap left during September's Belgian Grand Prix.

Brown noticed how Lando is able to listen and learn from the more experienced Sainz and called him 'a sponge' for the way he takes knowledge from his Spanish teammate.

"I think Spa was terrible," Brown added. "They both have had their share of bad luck but that's motor racing. I don't think the points are representative of how close they have been or how well they have driven.

"In Carlos, it's his fifth year [in F1] so he has some good experience even though he is still young and I think you can see on Fridays how much Lando learns from Carlos.

"He's like a sponge in that sense, and I think that's where he's matured and really come through."