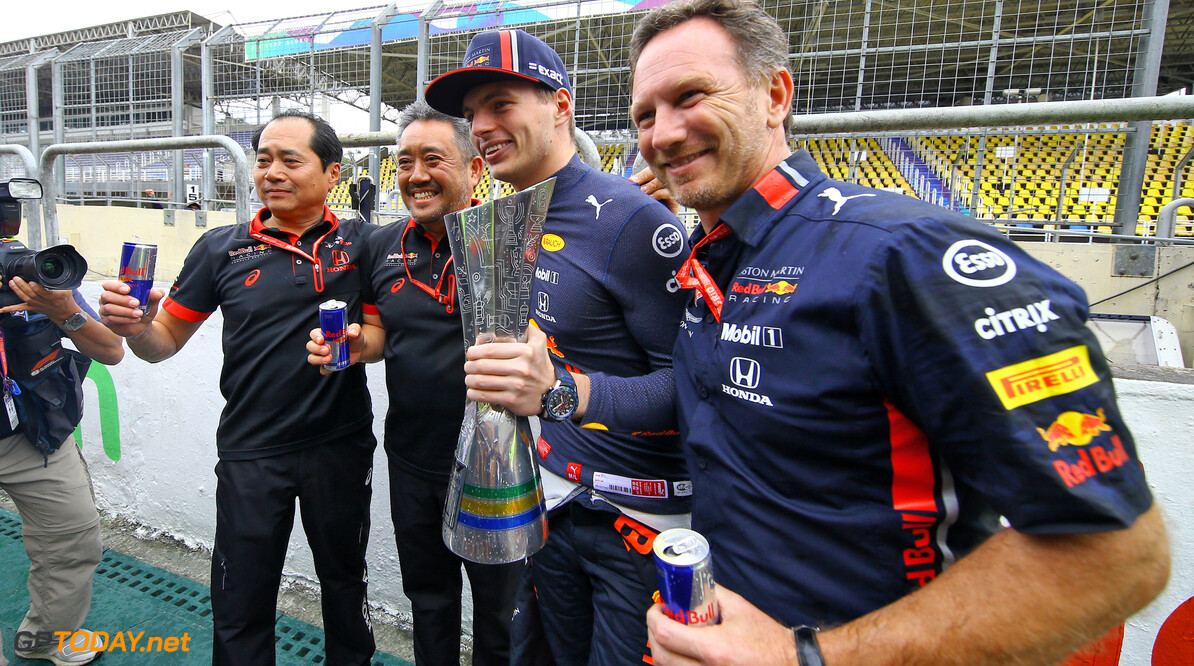 Horner: Verstappen was never going to give up Brazil victory

Red Bull team principal Christian Horner believes that Max Verstappen was not willing to give up his victory to Lewis Hamilton as the pair dueled for the race win during Sunday's Brazilian Grand Prix.

Horner commented on Max's performance as he managed to pass Hamilton and take the lead twice in the race on the way to an eighth win in F1, but credited teammate Alex Albon for his performances also.

"It was a fantastic race, he was just not going to give up that win today.," Horner said after the race.

"With the in-lap with the Williams and obviously with the unsafe release that happened he had the benefit of a new set of tyres and he really used them to regain the position, and then controlled the race from there."

Horner added that he has sympathy for Alexander Albon, who was denied his maiden podium finish in F1 when he clashed with Hamilton on the penultimate lap.

"The guys done a great job today. This sport is all about teamwork and the drivers have done their part. I'm just gutted for Alex.

"I just said to him his time is going to come even though he didn't get the trophy today, it was a race he could be proud of. It was a race full of previous world champions and the race he had today was fantastic.

"The move he made on Sebastian and how he could race wheel-to-wheel, you could tell he was not intimidated and that is great. His time will come."

Horner was also quick to heap praise on engine suppliers Honda, saying that the team are happy with how the engine supplier is developing and that it was a great achievement to be so competitive at Interlagos.

"All credit to Honda, I think the job they've done is fantastic." Horner stated. "You seen before the problems they had coming back into Formula 1, they kept their heads down and kept working.

"It's great to see both their teams up there on the podium today for the second time this year on a circuit that is power-sensitive, to beat Ferrari and to beat Mercedes, hats off to them."