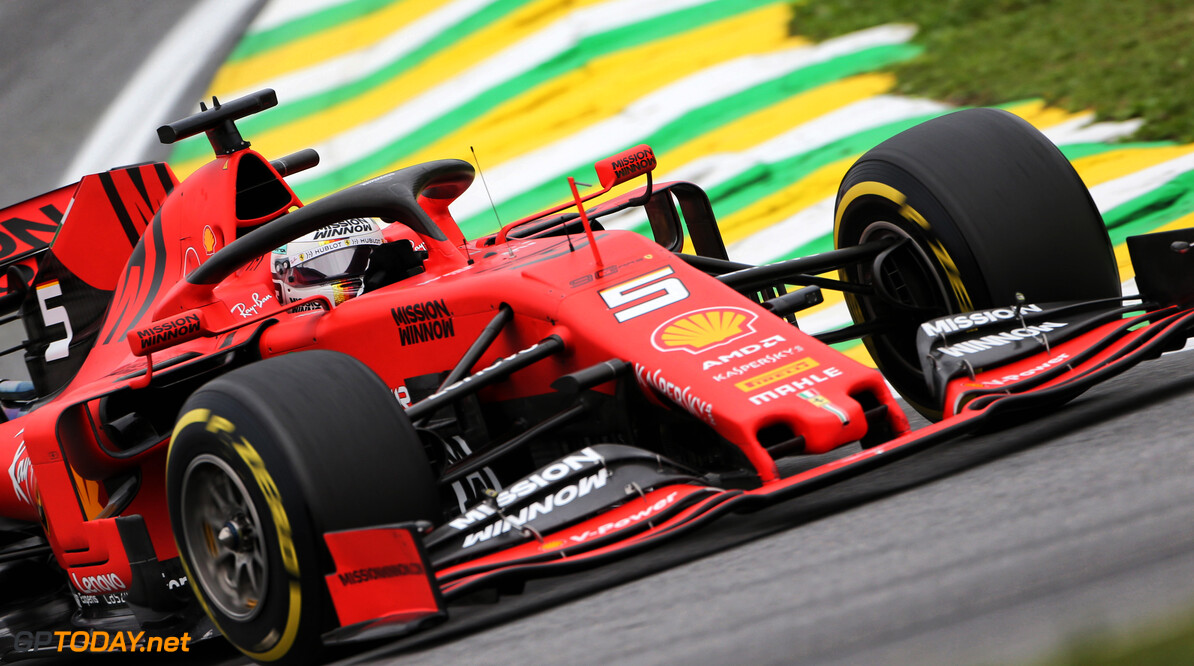 Sebastian Vettel has expressed hope that he will be able to fight for the Brazilian Grand Prix race win on Sunday.

In recent races, Ferrari has not been able to challenge for victories, as it has lost out due to poor race-pace despite showing strong form in qualifying.

On Saturday in Sao Paulo, Vettel secured a front-row start alongside Max Verstappen, who took his second career pole position.

While Vettel affirmed that Ferrari's balance over a long-run looks better in Interlagos than recent races, the German affirmed that the team will need to ensure it successfully carries out the other aspects of the race.

"We know that they [Red Bull] are very quick in the race as well," Vettel said. "We did improve our car but the key will be to have a good start and get ahead.

"We [need to] make sure we manage the tyres, make the right call on strategy so we will see what happens tomorrow. We are racing here at Interlagos and for some reason, there is always something crazy happening.

"It might rain tomorrow, even though it says sunshine, here you never know. We know the race for us is not as strong as qualifying but I was quite pleased with the balance.

"We, therefore, did another long-run this morning which felt better than yesterday, so that gives me hope for tomorrow."

Speaking about his Saturday in Sao Paulo, Vettel says the team became more aggressive on Saturday morning which helped it after a "shy" Friday.

Vettel confessed he made a mistake during his fastest Q3 lap, but admits that the team was beaten "fair and square" following Verstappen's improvement on his second attempt.

"I think we were a bit shy yesterday and more aggressive this morning and in qualifying it seemed to go up and get better, also the track ramped up.

"Obviously it's good to get the front row. I was having a very good attempt in Q3, I went a little bit wide at the final turn, I don't think I was the only one.

"Max's second time was a bit far away, so we have to admit that we got beaten fair and square today. It was a bit of a surprise to see them that quick on the straights."