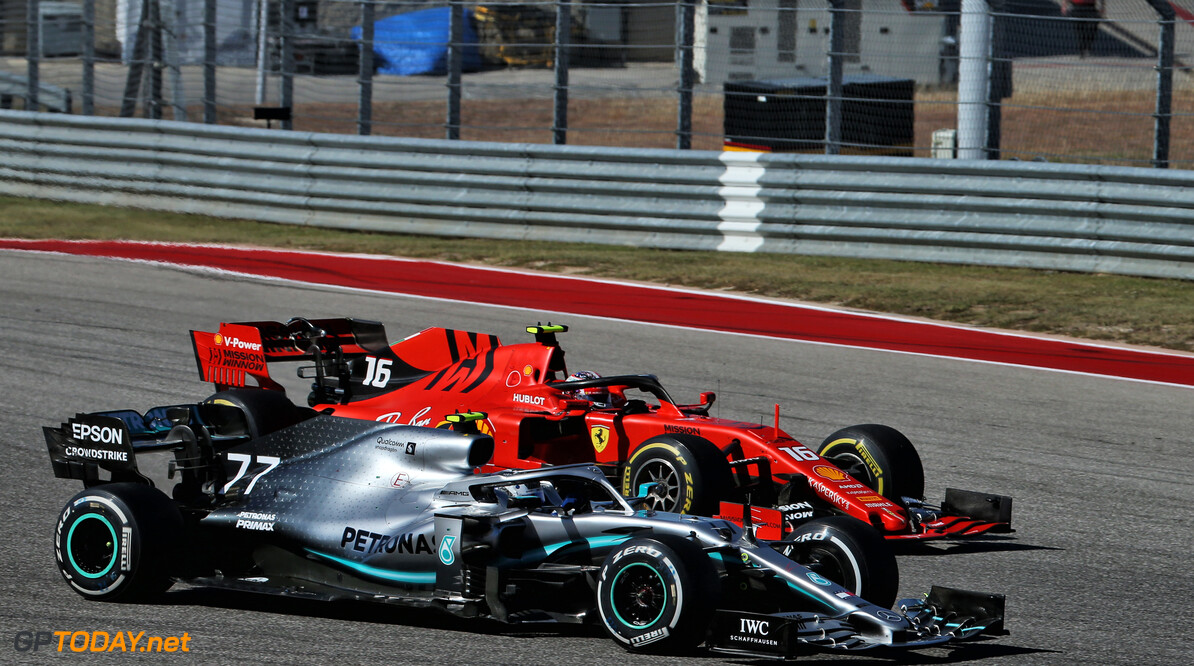 Ferrari's race pace 'not as bad as it looks' - Leclerc

Charles Leclerc says Ferrari's race pace is "not as bad as it looks" as it has failed to win a race in the last four despite its strong pace in qualifying.

Prior to the US Grand Prix, Ferrari picked up six consecutive pole positions, converting the first three into race wins.

However, the following events in Russia, Japan and Mexico saw it fail to convert its qualifying advantage into the race win, with Mercedes taking the spoils.

In the US, Sebastian Vettel missed out on pole position by 0.012s before he retired from the race with a suspension failure, while Charles Leclerc lacked the pace to challenge the leaders.

However, Leclerc denies that Ferrari has hit a stumbling block with its race pace, stating that the team has been unlucky at times.

"I believe on my side I've not been perfect," Leclerc admitted. "Especially in the race, I've got a lot of improvements to make on my side.

"In Mexico, I learned quite a lot. From the outside, it is difficult to see but from the driver's side of things, I tried quite a lot of things during the race.

"We've been unlucky on some races, Sochi could have been another win but we could not control the failure of Seb, which created a virtual safety car.

"So there have been a few missed opportunities, but I don't think it has been as bad as it looks."

Leclerc will take a grid penalty at this weekend's Brazilian Grand Prix, as he will be fitted with a new power unit for the event.