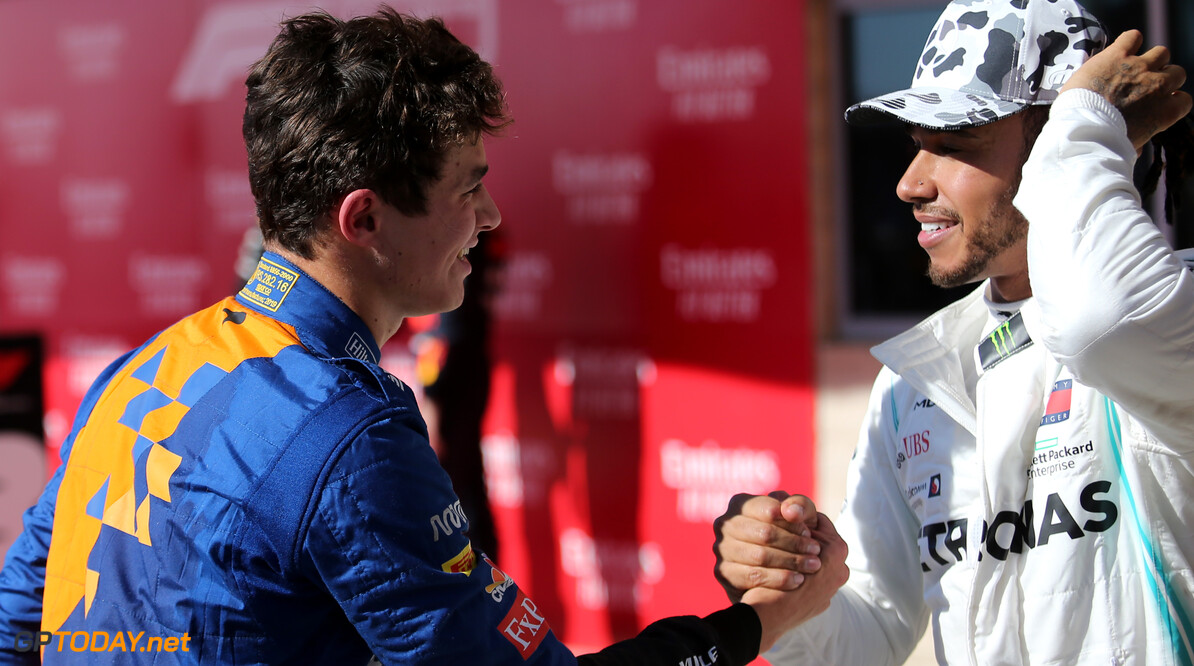 Lando Norris has spoken in admiration of compatriot Lewis Hamilton, who clinched his sixth world drivers' championship last weekend in the US.

Crossing the line in second place, Hamilton did enough to move himself into a clear second place in the all-time titles list and now sits just one championship behind Michael Schumacher's tally.

Norris described how he supported McLaren when growing up when Hamilton raced for the Woking outfit - where Norris is currently enjoying his rookie season in F1.

"He was always a guy that I watched when I was young, since I was six or seven years old," Norris said. "I watched and supported McLaren, and Lewis was driving for them.

"He's one of the guys that I've looked up to ever since, and I'm very happy for him. He's the second-ever driver to get to six, only Schumacher has done better so I think he's proved how good of a driver he is, one of the best ever."

Some championships have been easier for Hamilton

Norris added that Hamilton's run of success has been aided by the strength of Mercedes in the turbo-hybrid era, but doesn't think that should be held against Hamilton's qualities.

"In a way, I'm not being negative about it but in a way, some things have been easier than other championships.

"Other championships are single-make, you have team differences where you change the set-up about the driver and everything, in F1 there is much bigger differences.

"He's done extremely well, I think he's beaten his teammate every year he's been in Formula 1 apart from one. So he's proven in that sense.

"But then again, things have been easier than in other categories. He joined McLaren and almost won in his first season. No chance for me to win in my first season.

"He's always put himself in the right position with the teams and everything, that's allowed him to get to six world championships."