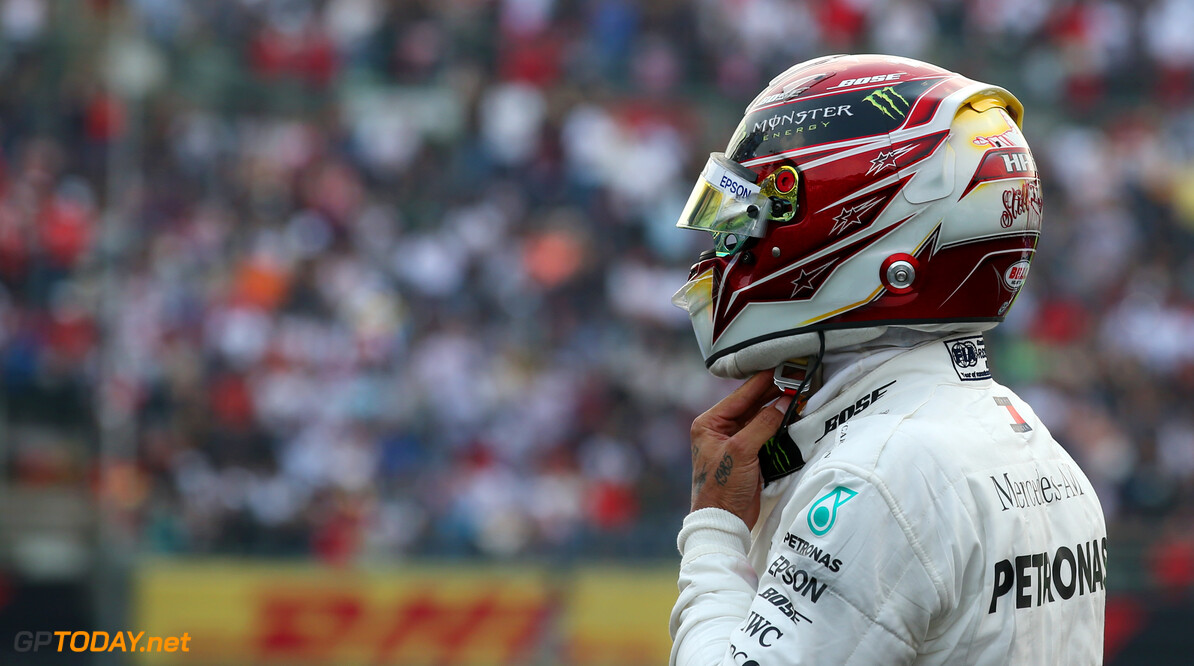 Hamilton: Qualifying laps have been 'decent' despite lack of poles

Lewis Hamilton insists that his qualifying performances in 2019 have been "decent" despite the lack of pole positions he has achieved this year compared to other seasons in the turbo-hybrid era.

Ahead of the US Grand Prix weekend, Hamilton has four pole positions in 2019 to his name, with the last one coming in Germany, before the summer break.

In 2014, Hamilton secured seven pole positions before picking up at least 11 in the following four seasons.

MORE: How Hamilton can secure his sixth title this weekend

Since the return after the summer break, Ferrari has taken pole position at each event - but Hamilton has still been left satisfied with his performances.

"Having those high moments last year with those qualifying laps definitely made it very special," he said. "But this year, I'm not unhappy with my qualifying.

"I think I've had decent laps, they're not like Singapore last year and more often than not, it's not been good enough for pole.

"But it still has been relatively solid. We've been on the first two rows pretty consistently throughout the year so it's still been pretty decent."

Hamilton has 10 race wins to his name so far this year, and is one victory away from matching his season-best, which he achieved in 2014 and 2018.

The 34-year-old highlighted that the race is where Mercedes has prevailed compared to its rivals this campaign, as it worked on doing so following the end of the 2018 season.

"I would say more Sunday is where I'm most proud of, it's stronger than last year," Hamilton admitted. "That's good to see, the goal has always been to keep the consistency from last year and build up other areas.

"The race was one of those [areas[, and we've been stronger all year in the races. There are areas we can still improve for next year. How we go about doing that, I don't know. But I know I've got the best people around me to help me do that."