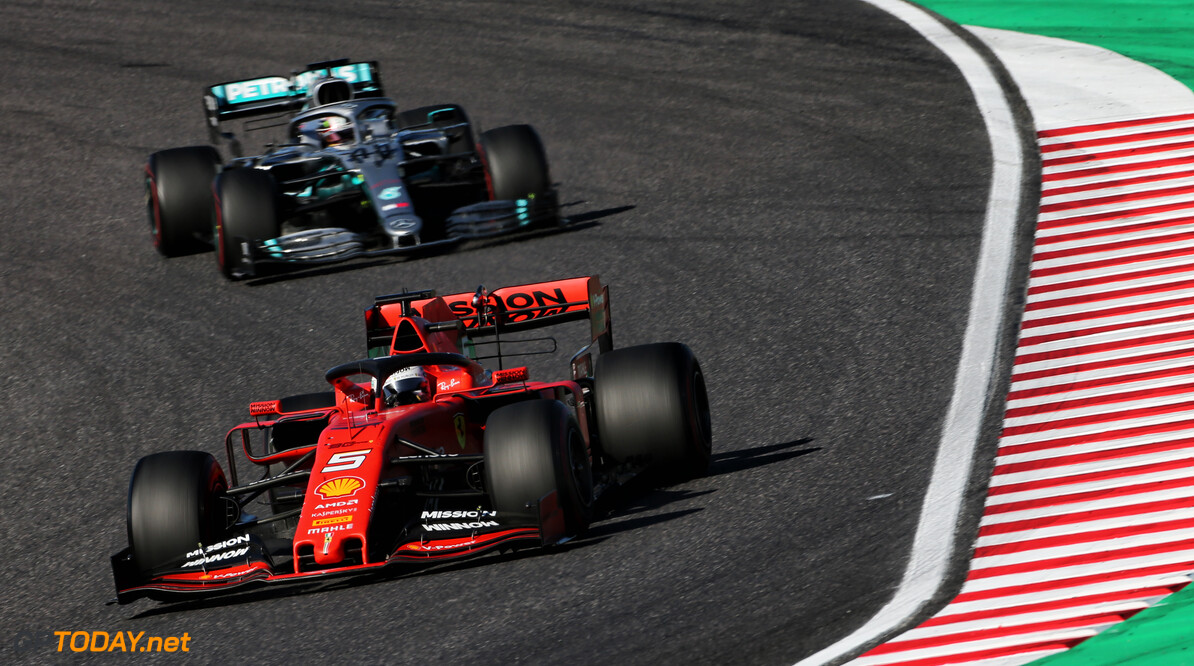 Formula 1 race director Michael Masi has explained the decision not to award Sebastian Vettel a penalty after the German was investigated for a potential jump start at the beginning of the Japanese Grand Prix.

Starting from pole position, Vettel appeared to bog down and was beaten off the line by the Mercedes of Valtteri Bottas, but subsequent replays showed Vettel’s car appear to creep forward and then momentarily stop before launching away, giving cause for the race stewards to investigate the move as a potential jump start.

“We have the signal from the jump start sensor, it was within the tolerances,” confirmed Masi.

“Probably the best analogy would be Valtteri [Bottas, in the Austrian GP] a couple of years ago. It was within that and that’s why it’s the approved method within the regulations for it to be determined if it is or if it isn’t [a jump start]

“Basically there are bars, I think Valtteri’s one was produced previously at the time if I recall correctly, but it was within those bars of what the tolerances are that exist,” Masi continued.

“The exact technicalities of it, I would have to get a very technical person to come and explain it but basically it was within that tolerance and therefore it was not considered a false start under our regulations.”

Asked to further clarify the tolerance levels used to determine a jump start, Masi confirmed that the current system being used is not a new one and that the FIA are looking at ways to improve how they analyse potential jump starts in future.

“The current system we’ve had in place for a number of years,” said Masi. “I think the advent of technology’s got better over the years with in-car cameras, the ability to see things better and all that is something we can look at in the future, absolutely.

“As we sit here now, it is the determining factor that we have and the one that we use.”

Masi also denied that the drivers had been told that any movement would result in an instant penalty and that the instructions given to the drivers had differed in any way from the method the FIA were using to make a judgement call on jump starts.

“No that’s incorrect because I actually deliver the briefings,” said Masi.

“[The drivers] have all been told they need to be on or behind the line prior to the signal, and the sensor needs to be active which is one of the requirements in the regulations.

“The start sensor has to be able to be read, so effectively giving a signal to determine whether it is or isn’t a jumpstart.”